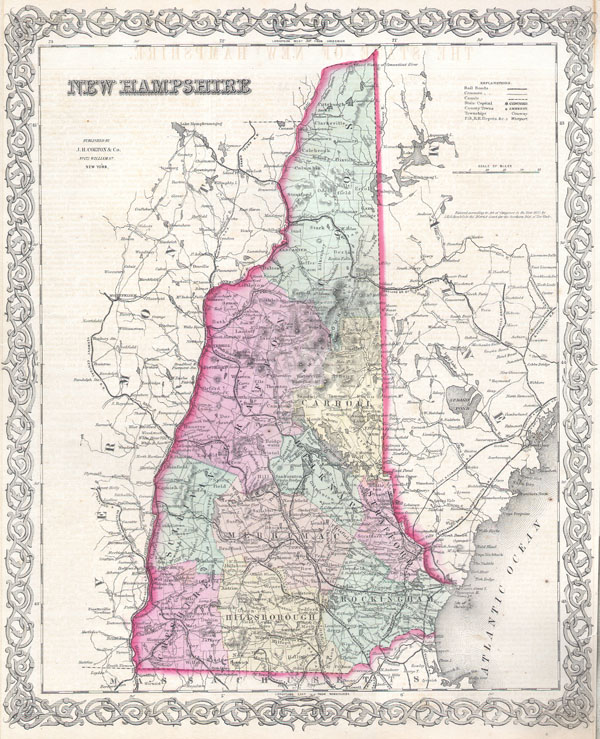 One of the few maps specifically of New Hampshire published in the mid- 19th century. Depicts the state in full with superb detail regarding the cities, transportation system, geographical features and counties. Prepared by J. H Colton for inclusion as plate no. 10 in the 1855 issue of Colton's New General Atlas. Dated and copyrighted 'Entered according to act of Congress in the year 1855 by J. H. Colton & Co. in District Court for the Southern Dist. of New York.'