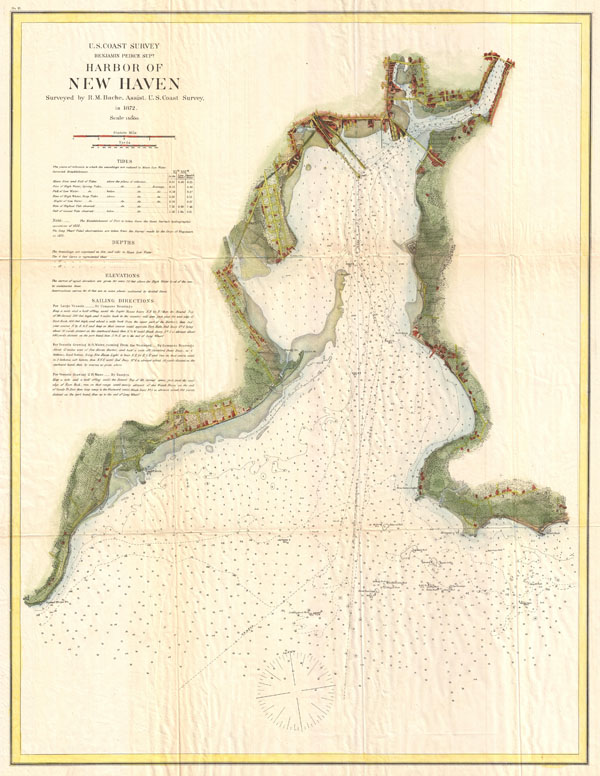 A very attractive example of the 1872 U.S. Coast Survey nautical chart or map of New Haven Harbor, Connecticut. This map covers New Haven Harbor from the town of New Haven south as far as Oyster Point and Morgan's Point. Offers exceptional if limited inland detail with important building, streets, and property lines shown. In the harbor itself there are countless depth soundings as well as notes on reefs and shoals. Sailing instructions appear in the upper left quadrant, beneath the title area. The whole was produced under the supervision of Benjamin Peirce, Superintendent of the U.S. Coast