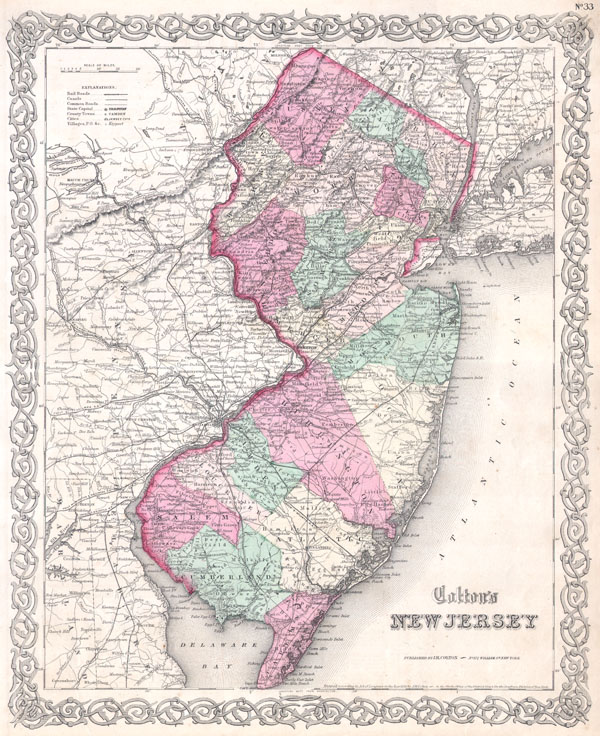 This rare hand colored map of New Jersey is a copper plate engraving dating to 1855. Produced by the important mid 19th century American map publisher J. H. Colton. Covers the region in considerable detail, documenting roads, railroads, canals, counties and topographical features.. Prepared out of Colton's 172 William St, New York, office for inclusion as plate no. 73 in the 1857 issue of Colton's General Atlas. Dated and copyrighted, 'Entered according to Act of Congress in the Year 1855 by J. H. Colton & Co. in the Clerk's Office of the District Court of the United States for the Southern District of New York.'