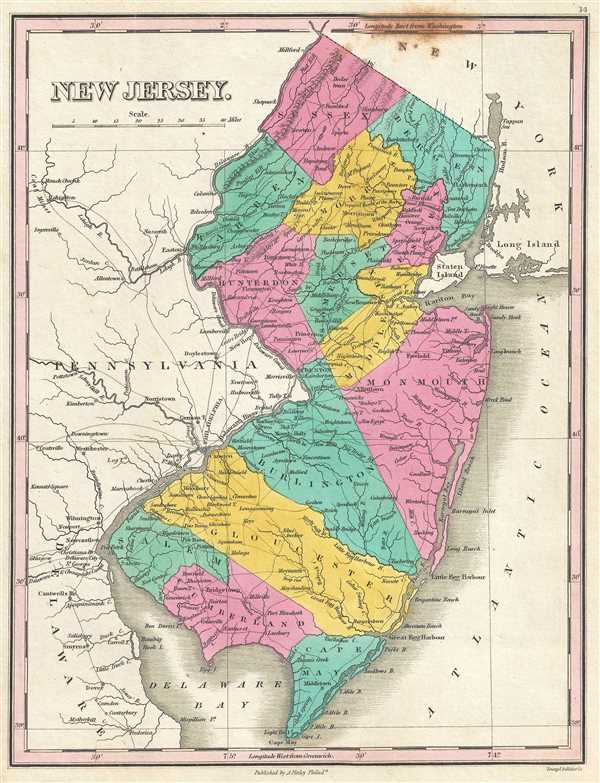 Labels Princeton, Trenton, and many other cities and towns throughout the state.
$250.00

This is an 1828 Anthony Finley map of New Jersey. The map depicts the region from Pennsylvania and Delaware to the Atlantic Ocean and from New York and Pennsylvania to Delaware Bay in Finley's classic minimalist style. Rivers, roads, canals, and some topographical features are illustrated. Numerous cities and towns are labeled, including Hoboken, Trenton, and Princeton. New York, Brooklyn, Long Island, Staten Island, Philadelphia, and Wilmington are also labeled, although they fall outside New Jersey itself. Counties are easily differentiated as they are labeled and shaded various colors.