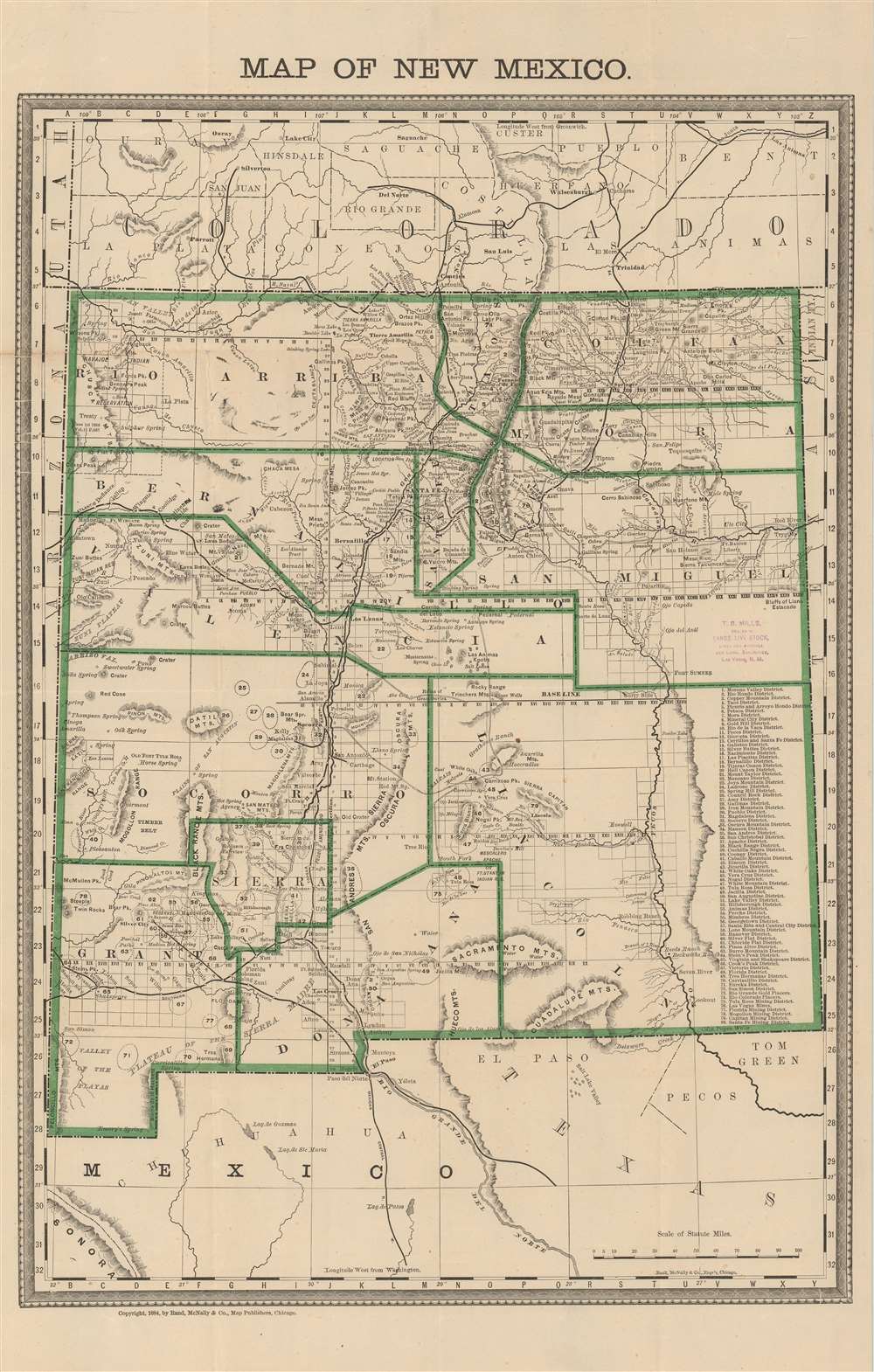 A charming map of New Mexico featuring the stamp of a dealer in land and livestock.

This is an 1884 Rand McNally map of New Mexico. The map depicts the region from Utah and Arizona to Colorado, Oklahoma, and Texas and from Colorado to Mexico and Texas. Highly detailed, myriad cities and towns are identified throughout the region, including Santa Fe, Taos, and Las Cruces in New Mexico, Silverton and Trinidad in Colorado and El Paso in Texas. Eighty different mining districts are numerically identified in New Mexico and correspond with an index situated along the right side. The region's road and railroad network are also illustrated, with the Denver and Rio Grande Railroad and the Atchison, Topeka, and Santa Fe Railroad among those labeled. The township grid created by the Public Land Survey System is also overlaid on the map, allowing prospective settlers the opportunity to purchase land with precision. This fact would not have been lost on T.B. Mills, whose stamp is present along the right border. Per this stamp, Mr. Mills dealt in land, livestock, and other goods out of Las Vegas, New Mexico, a town nearly due east of Santa Fe. Mountains, rivers, and other physical features are also noted.

This map was created and published by Rand McNally and Company in 1884. Although probably initially published in some quantity, only four known examples are cataloged in the OCLC. The current example, featuring the stamp from T.B. Mills, has character due to the presence of this stamp and its tie to commerce in the American West.