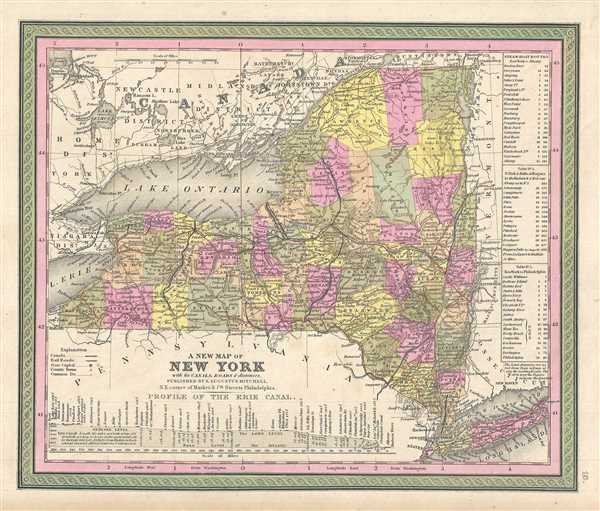 This is a beautiful 1849 map of New York State by legendary American map publisher Samuel Augustus Mitchell. Detailed to the county level, notes towns, canals, railroads, cities, rivers, and other topographical features throughout. Along the bottom, the map includes a profile of the Erie Canal. An index along the right border also notes details about steam boat routes from New York to Albany, Niagara Falls and to Philadelphia. The whole is engraved and colored in Mitchell's distinctive style with green border work and vivid pastels.