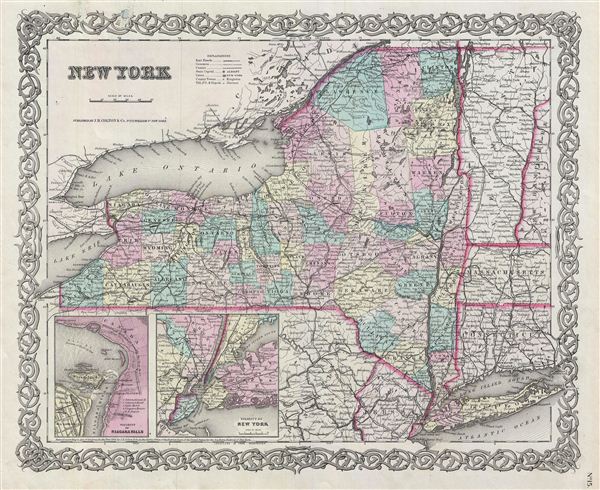 A beautiful 1855 first edition example of Colton's map of New York. Like most of Colton's state maps, this map was derived from an earlier wall map of North America produced by Colton and D. Griffing Johnson. Covers the entire state of New York as well as parts of the adjacent states. Two insets in the lower left quadrant detail Niagara Falls and the vicinity of New York City. Includes Lake Ontario in full.

Very good. Blank on verso. Even overall toning. There is some border damage in the upper left quadrant - see image. Price reduced accordingly.