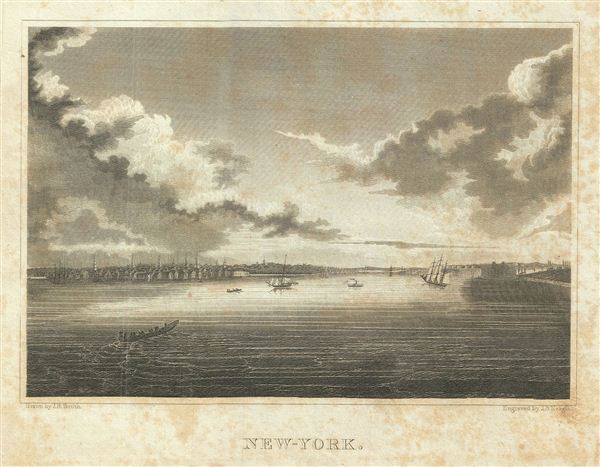 This is an uncommon example of the 1828 view of New York, drawn by J. B. Smith. It features a lovely view of the New York Harbor from the south, looking across to Manhattan. Castle Williams on Governors Island is visible in the foreground. Countless church towers are visible in the background while many small boats can be seen sailing in the water. This view was engraved by J. B. Neagle as part of Malte-Brun's System of Geography, Vol. I., published in New York by Samuel Walker.