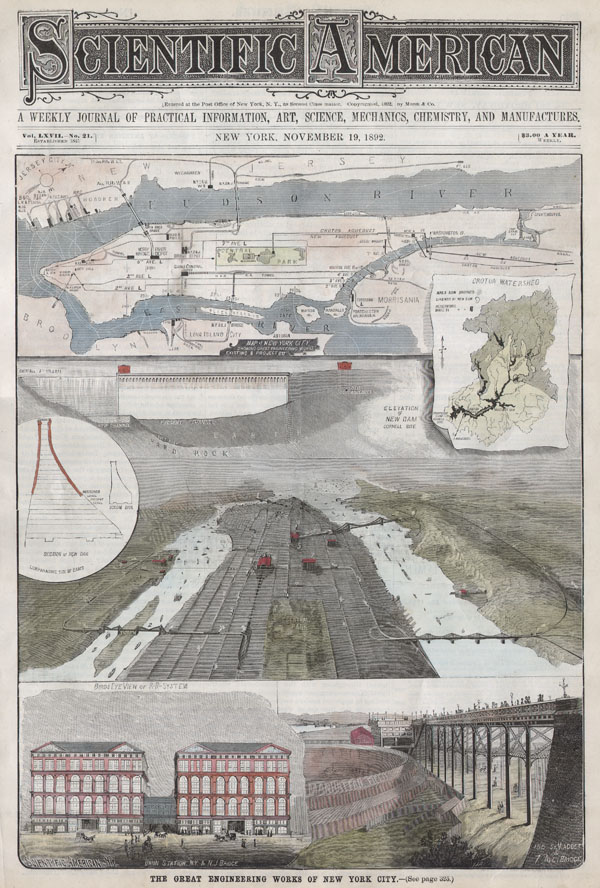 Offered here is a rare edition of Scientific American Magazine issued to praise the great engineering projects of New York City. The front cover features a map of New York City's elevated train line – the precursor to the modern subway system, a View of Manhattan showing several important stations and bridges, and a close up of the 155th Street Viaduct, and of Union Station. Includes the full 10 page magazine.