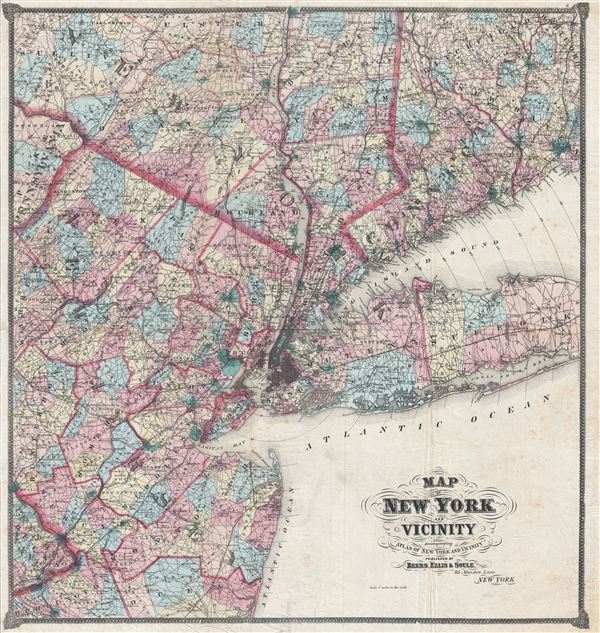 An uncommon large format 1867 F. W. Beers map of New York and Vicinity. Centered on New York City, the map covers from Poughkeepsie to Barnegat Bay and from the Pennsylvania border east to Suffolk County, Long Island, and New Haven Connecticut. Parts of northern New Jersey, Long Island, and Westchester are included. Overall the map is presented in exceptional detail with streets, roadways, rail lines, counties, and towns noted. Surrounded by a decorative border. Prepared by F. W. Beers from original survey work for inclusion in his 1867 Atlas of New York and Vicinity.