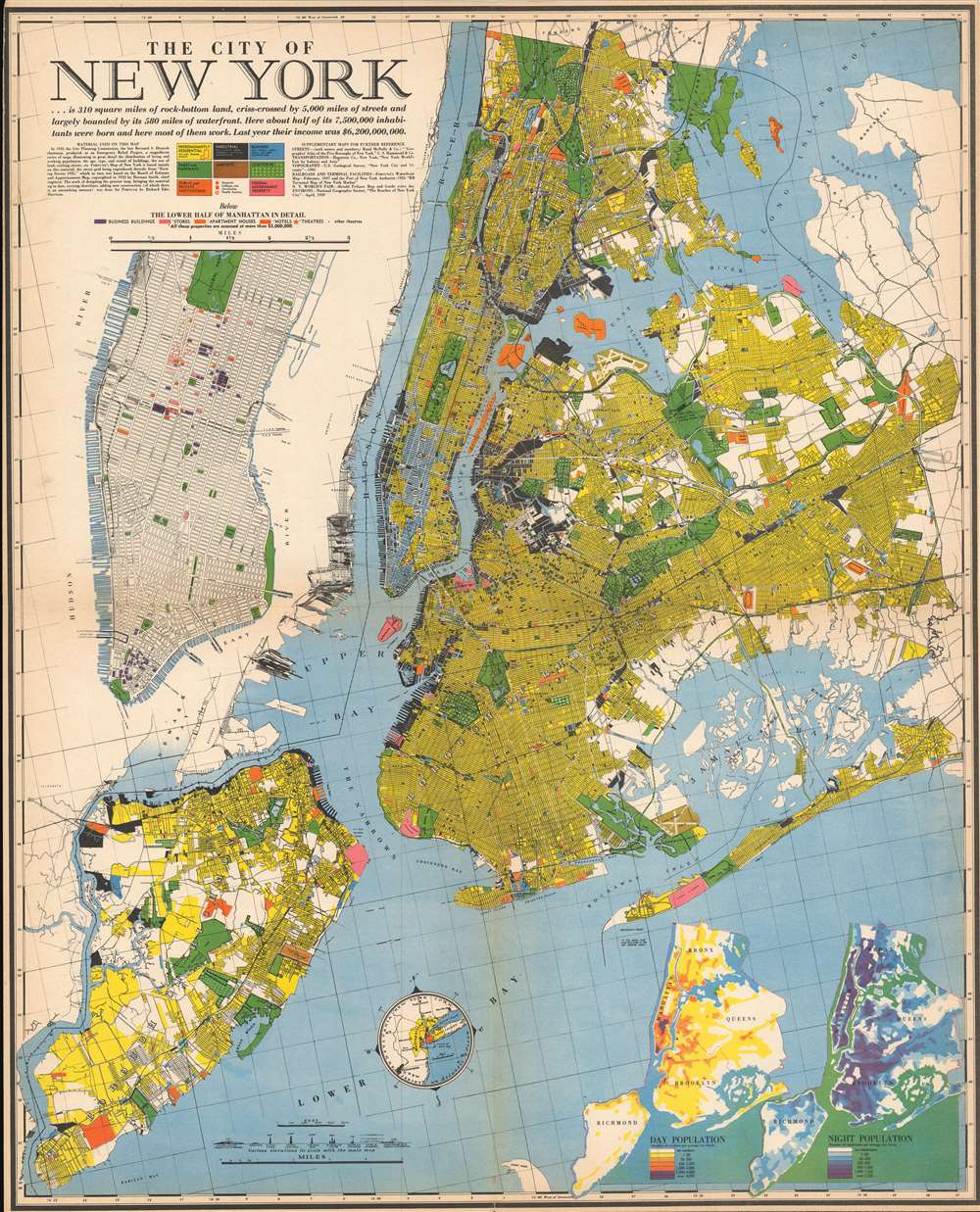 This 1939 Richard Edes Harrison map of New York City - published in conjunction with the New York World’s Fair - represents a triumph of the visual display of quantitative information. Its aesthetic impact is all the more impressive in its clear expression of municipal and demographic data, making this a map of the people of New York City, as much as of the physical city itself. All five boroughs are represented in the primary map. On it, Harrison’s masterful use of vivid color to distinguish between residential, commercial, industrial, and federal use of land is clear yet supple, able to make distinction (for example) of low-income housing projects using the same palette. Parks and cemeteries both appear as green spaces, with white spots - evoking headstones - indicating the difference between the two. The two major airports (Floyd Bennett Field and North Beach Airport) are given their own color as well. The city’s industrial areas, shown in black, dominate the East River and Hudson coastlines, a reminder of the centrality of trade to the city’s development and history.