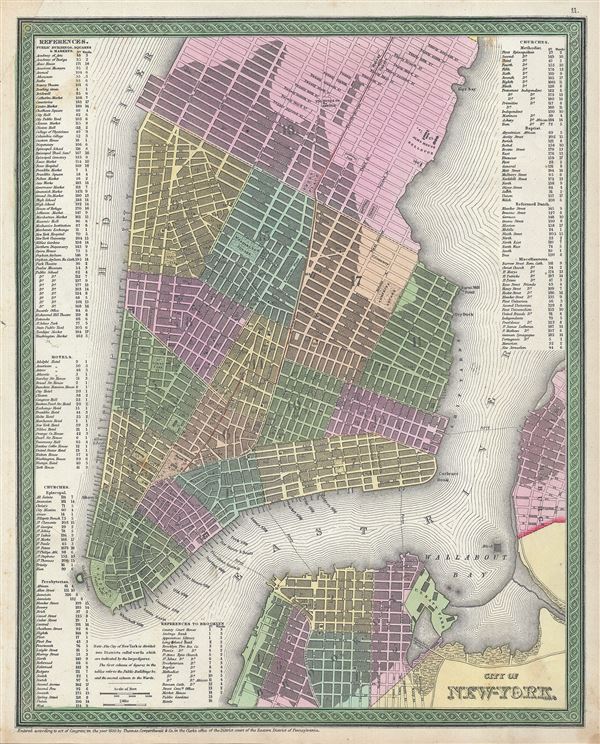 This is a beautiful example of S. A. Mitchell Junior's 1846 map of New York City. The map depicts southern Manhattan from 37th street (Kips Bay) south to Battery Park and Brooklyn from Williamsburg to Columbia St. Mitchell offers wonderful detail at the street level including references to parks, individual streets, piers, ferries, and important buildings. Color coded with red, green, and yellow pastels according to political divisions. An index of Churches, hotels, markets, squares, public buildings etc. is included along the left and right borders. The whole is engraved and colored in Mitchell's distinctive style with green border work and vivid pastels.

One of the more attractive atlas maps of New York to appear in the mid-19th century.

This map was prepared by S. A. Mitchell for publication as plate no. 11 in the 1854 edition of Mitchell's New General Atlas. Dated and copyrighted, 'Entered according to act of Congress in the year 1850 by Thomas Cowperthwait and Co. in the Clerk's office of the Eastern District of Pennsylvania.'