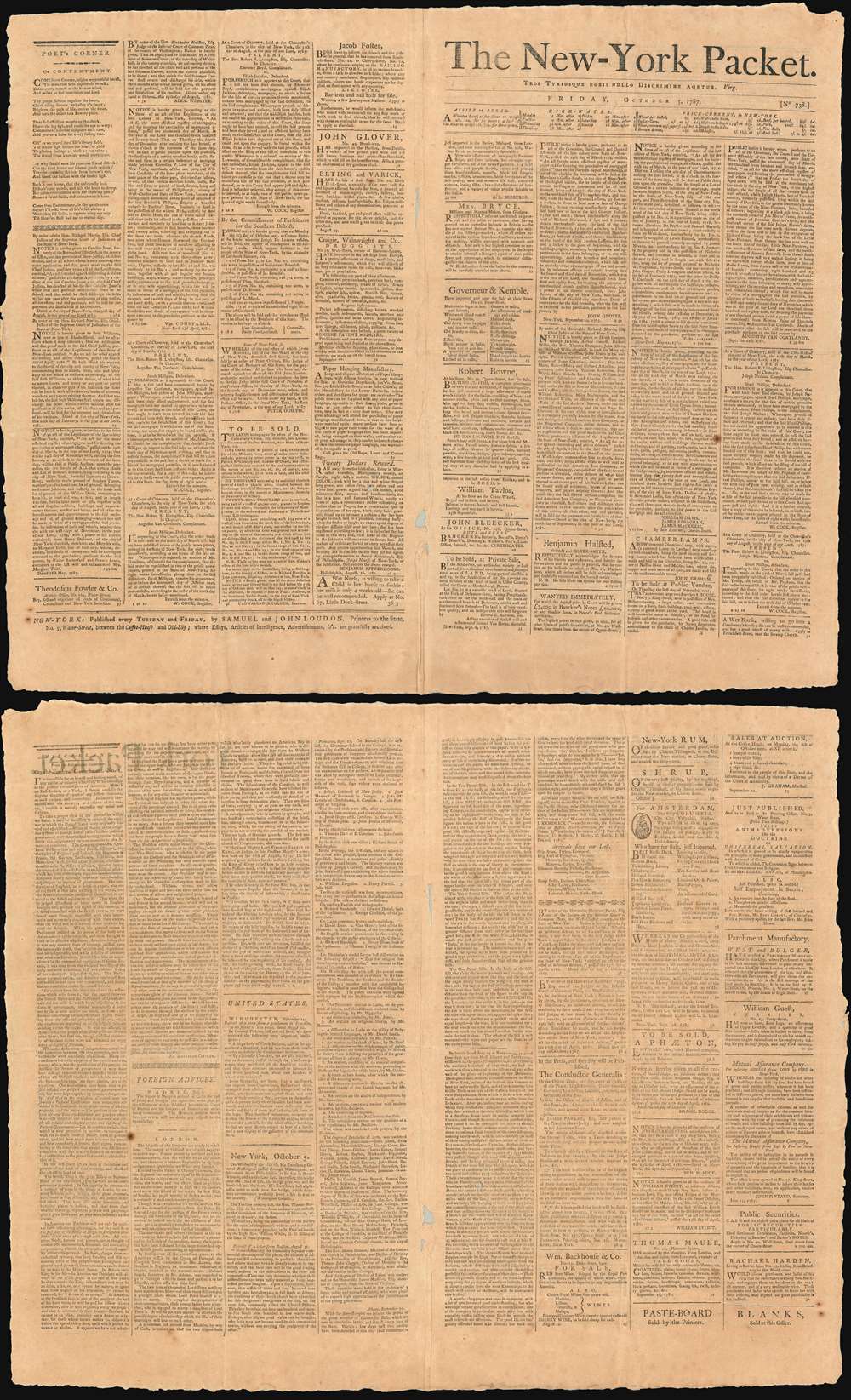 Contians 'On Federal Government No. 1' a pre-Federalist Papers argument for the U.S. Constitution issued during the Constitutional Convention.
$6,500.00

On the Federal Government, No. 1

Although simply signed 'An American Citizen' this short essay is generally attributed to Tench Coxe (May 22, 1755 - July 17, 1824). Coxe was a Philadelphia-born American merchant, politician, and economist and represented Pennsylvania in the Continental Congress from 1788 to 1789. Coxe was initially Pro-British, then a Whig (colonists of the Thirteen Colonies who rejected British rule), and later a Federalist, advocating along with Hamilton, Jay, and Adams, for a strong Federal Government and close post-Revolutionary ties to Great Britain.

The Federalist Papers consists of a series of essays on governmental theory written by Alexander Hamilton, James Madison, and John Jay (Publius) advocating for the ratification of the United States Constitution. It was Hamilton who

invited his fellow New Yorker John Jay and James Madison, a Virginian, to join him in writing the series of essays published as The Federalist… to meet the immediate need of convincing the reluctant New York State electorate of the necessity of ratifying the newly proposed Constitution of the United States. The 85 essays… were designed as political propaganda, not as a treatise of political philosophy. In spite of this, The Federalist survives as one of the new nation’s most important contributions to the theory of government.

Consisting of some 85 articles and essays, the Federalist Papers, as they are now known form the underpinning our modern understanding of the intentions of the framers and founders of the Constitution and are one of the most important series of publications in American history.

Presented here is the full October 5th, 1787 edition of the The New-York Packet. Although the OCLC identifies microfilm archives, we have not been able to isolate any other surviving examples of this important document. Other examples of the The New-York Packet, some containing essays from the Federalist Papers, do occasionally appear on the market, where they sell from between 5000 - 7,000 USD. The present publication is a once in a lifetime opportunity for the serious collector of American historical publications.

Very. Minor ceterfold and edgewear.
Looking for a high-resolution scan of this?