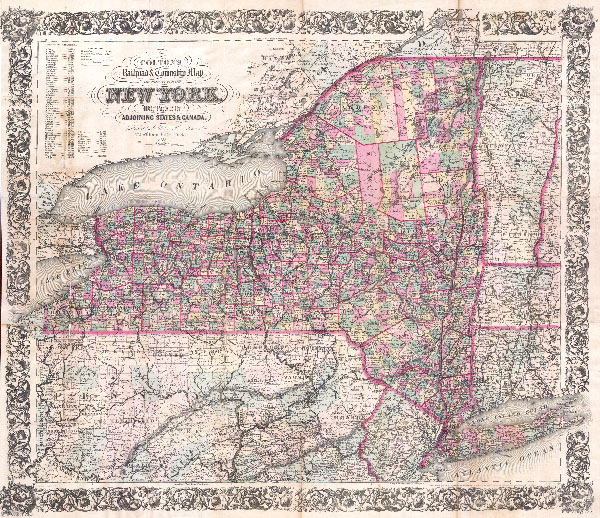 Remarkable 1876 Pocket Map of New York State. Depicts the whole of the state and surrounding areas in splendid detail with particular attention to roads and railroads. In the upper left hand corner there is a population chart breaking down the State into Townships. The title date is 1876, but the copyright date in the lower right is 1852 Â– presumably the first time this map was published. Dated and copyrighted: Â'Entered according to the Act of Congress in the Year of 1852 by J. H. Colton & Co. in the ClerkÂ's Office of the District Court of the United States for the Southern District of New York.Â' Published from ColtonÂ's 172 William Str. Office in New York. This map has been professionally flattened and backed with linen.