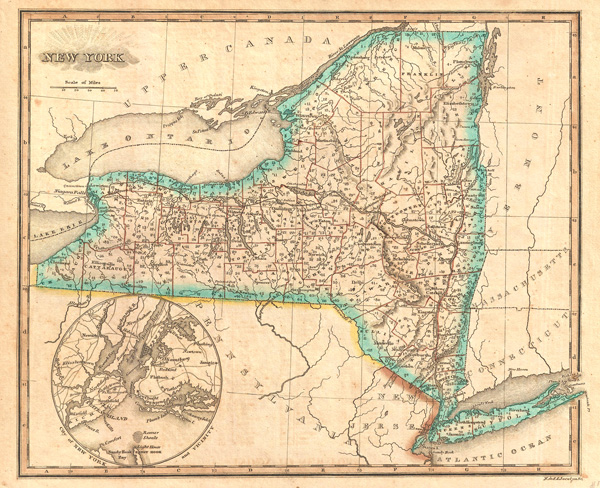 This 1823 Sidney Morse map of New York State has an interesting inset of 'City of New York and Vicinity,' with shading showing that Manhattan had not developed beyond it's southern quarter. State border hand colored withrelief shown by hachures. For those interested in the history of cartography, the map is also interesting in that it shows longtidue measured from both Washington DC and Greenwich. Long Island extends beyond the eastern border of the map. Drawn by Sidney E. Morse (1794-1871) and engraved by the New Haven firm of N. & S.S. Jocelyn.

Morse, S., An Atlas of the United States, on an improved plan; consisting of ten maps, with a complete index to each, and a general map of the whole country. (New Haven) 1823.