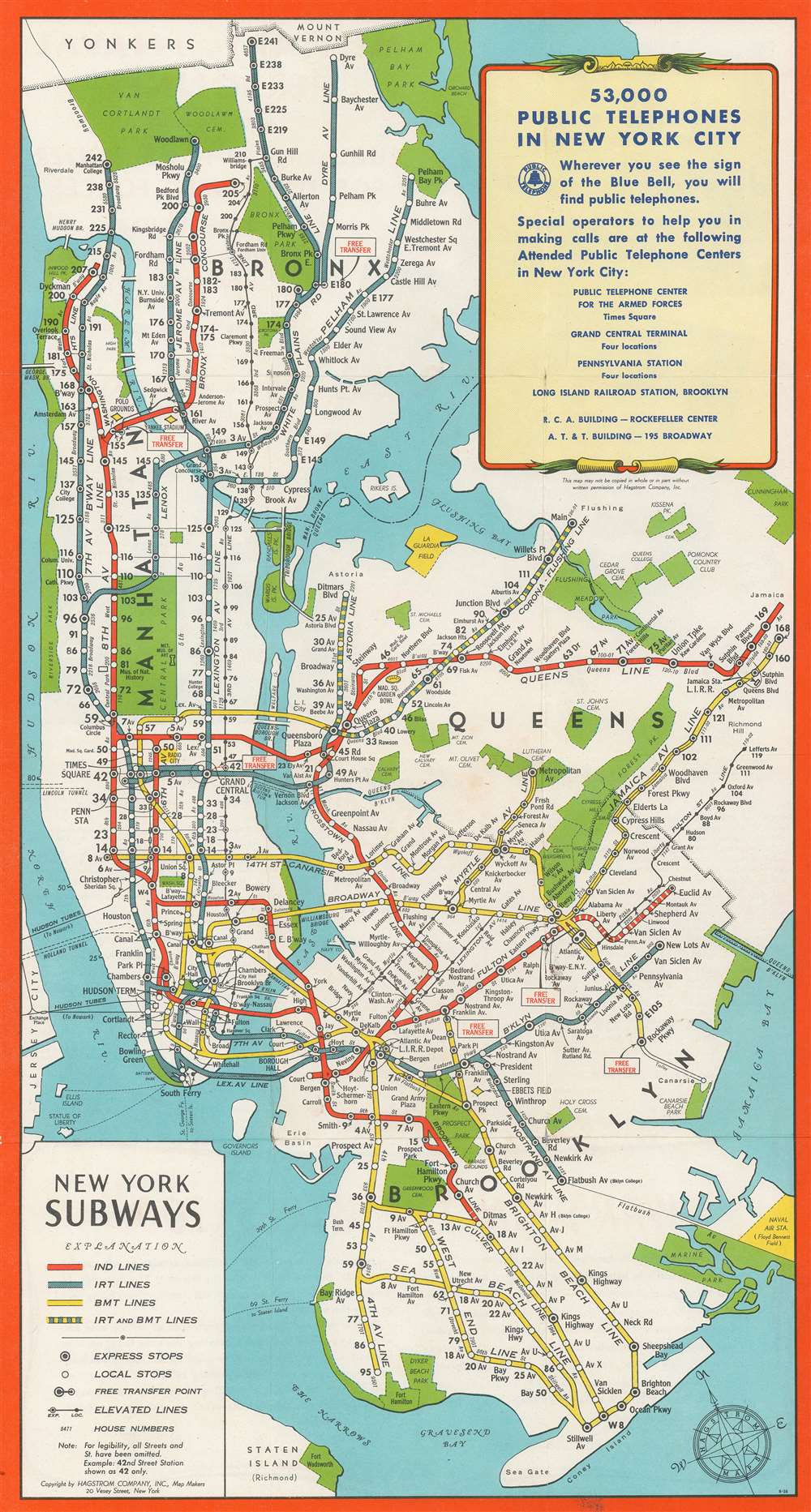 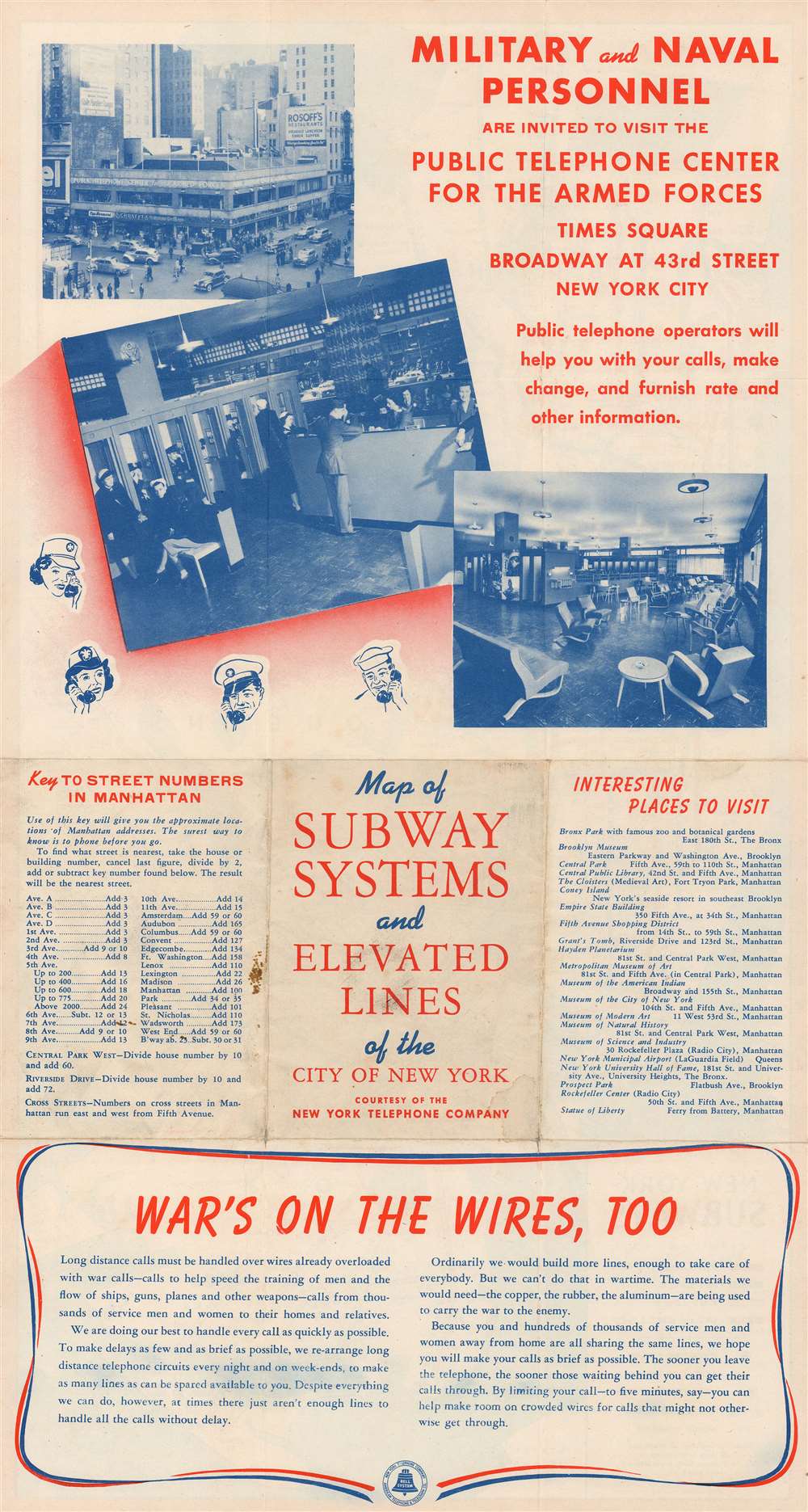 An uncommon c. 1944 edition of Hagstrom's map of New York City showing subways and elevated trains, including the BMT and IRT lines. The map covers most of New York City with the exception of Staten Island. Parks are detailed, as are major avenues and streets, but the focus of the map is the subway and transit lines. Color coding defines the lines, the IRT (blue), BMT (yellow), IND (Red), and Joint lines (blue and yellow). The map also attempts to show major railway lines.

Text and images printed on the verso firmly date the map to the World War II Era. The New York Telephone Company published the map for military and naval personnel, and grandly advertises the Public Telephone Center for the Armed Forces. The Public Telephone Center was opened by the New York Telephone Company on November 6, 1943 and remained open until September 1, 1946. Over its nearly three years in operation, more than 1,007,000 service men and women visited the Center, located at Times Square and 43rd Street, and over 565,000 out-of-town calls were placed on their behalf. A plea for patience when placing long distance calls appears along the bottom and explains that 'hundreds of thousands of service men and women away from home are all sharing the same lines, we hope you will make your calls as brief as possible'.

This map went through many states and editions, most of which are undated. We have dated this example as c. 1944 due to the advertisement for the Public Telephone Center for the Armed Forces. We have seen no other examples of this edition.

Very good. Exhibits light wear along original fold lines. Exhibits some toning. Text on verso.
Looking for a high-resolution scan of this?