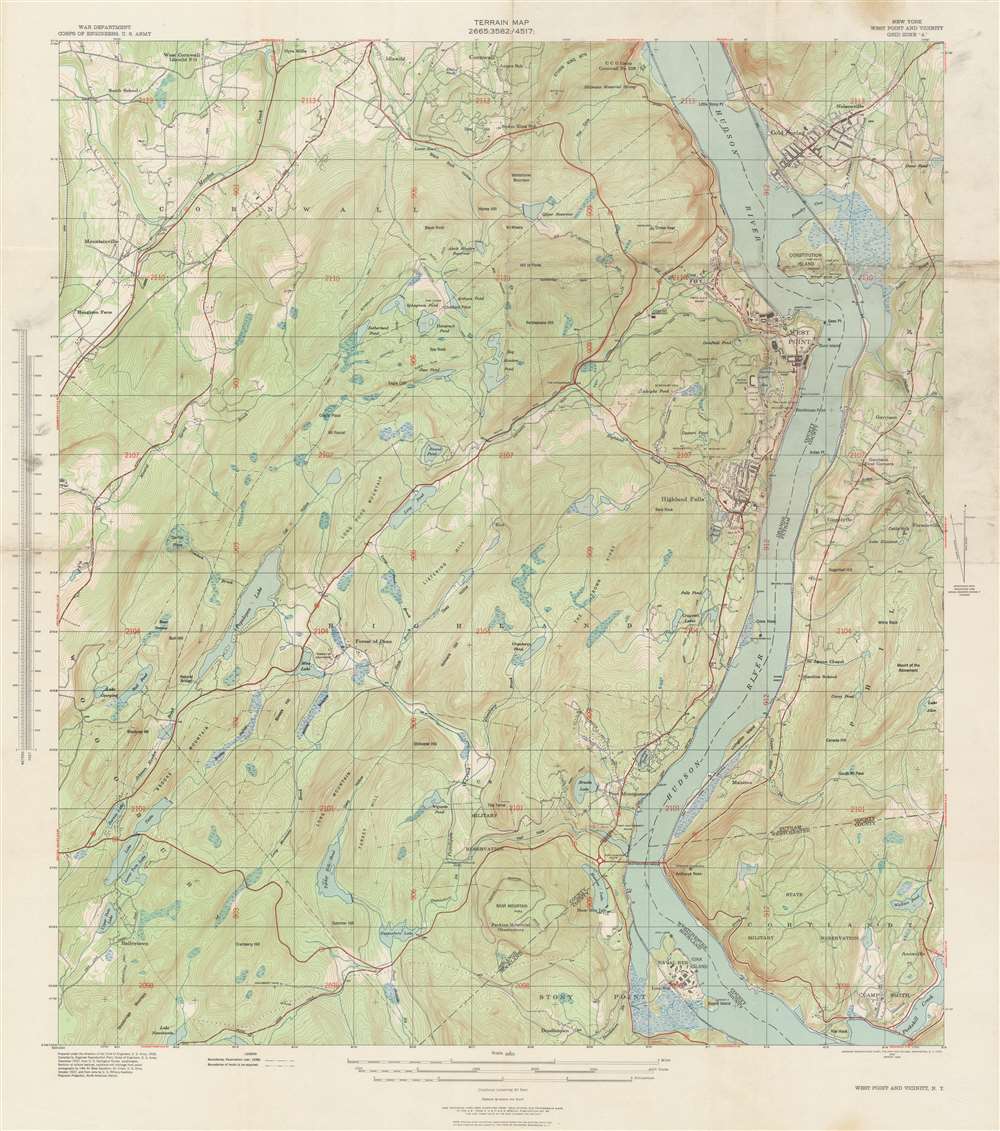 This is a 1939 U.S. Army Corps of Engineers’ terrain or topographical map of West Point and vicinity, New York. The map depicts the area from Storm King Mountain in Cornwall, along the Hudson River, south as far as Iona Island near Stony Point, and from Houghton Farm east to Forsonville. Details pertaining to the region's terrain, including important roads, camps, military reservations, hills, lakes, and a host of additional features, appear throughout.