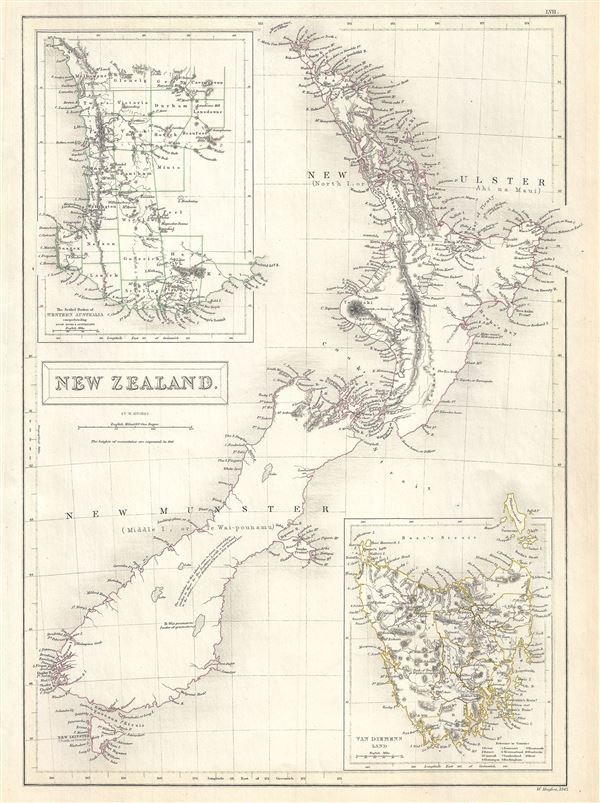 This is a beautiful 1844 map of New Zealand by Adam and Charles Black. It covers the entire island country from Cape Reinga (C. Maria Van Diemen) to Stewart Island. An inset in the top left quadrant features the settled portion of Western Australia while another inset in the lower right quadrant features Van Diemen's Land. Various cities, towns, rivers, mountains, bays and several other topographical details are noted with relief shown by hachure. In 1840, after the signing of the Treaty of Waitangi, the British annexed New Zealand as part of the Australian colony of New South Wales. However, it separated from New South Wales to become a colony in its own right in 1841. This map was engraved by W. Hughes and issued as plate no. LVII in the 1844 edition of Black's General Atlas.