1840 Black Map of North America and the United States 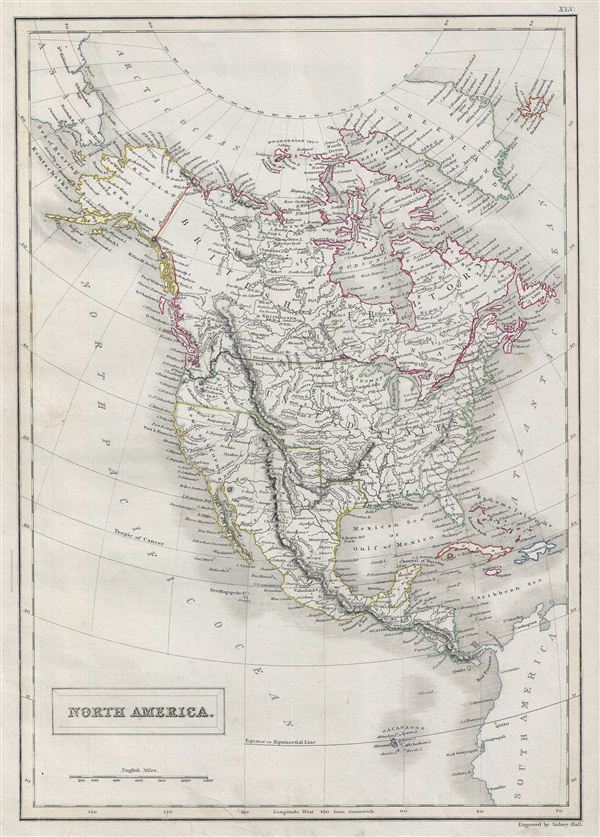 1840 Black Map of North America and the United States

A fine example of Adam and Charles Black's 1840 map of North America. The map covers the continent from the North Georgian Islands in the Arctic Ocean to the Galapagos Islands in the North Pacific Ocean. Also covers Greenland and Iceland. Includes the Russian and British territories in America, Canada, the United States, Mexico, Central America and the West Indies. At the time this map was drawn, Canada witnessed the rebellions of 1837 and 1838. In Mexico the rebellion of the english speaking region of Texas caused tension between the liberals and the conservatives within Mexico, as well as between Mexico and the United States. The United States, meanwhile, was rapidly expanding westward. This being a British map, the Crown's claims all lands north of the Columbia River (modern day Washington) are noted. This map was engraved by S. Hall for issue in the 1840 edition of Black's General Atlas.