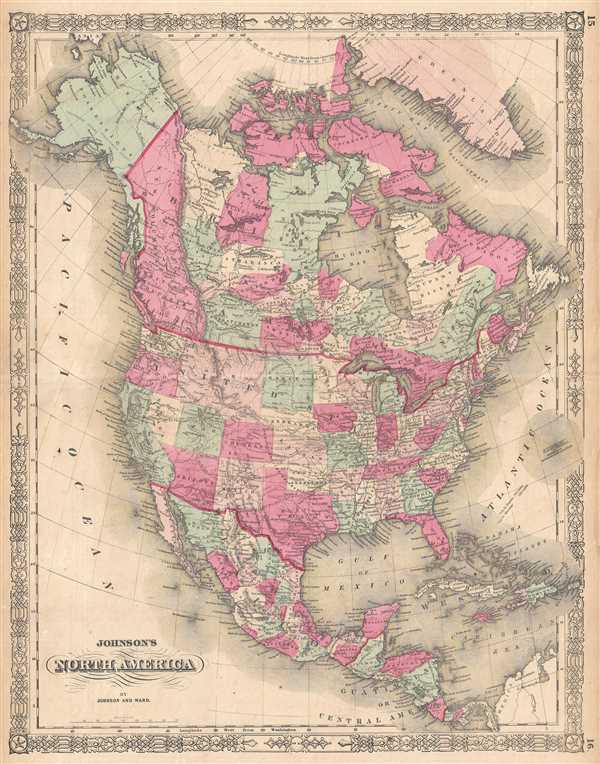 The border of Arizona runs along the 37th parallel to California.

This is an 1864 A. J. Johnson map of North America. The map depicts the continent of North America from the Arctic Ocean to South America and from the Pacific Ocean to the Atlantic Ocean, Greenland, and the West Indies. The United States is depicted as it was during the Civil War, although there is no mention of the division. Several of the states, however, do not appear with their modern-day borders. Nevada, for instance, stops at the 37th parallel, which means that Arizona encompasses the part of Nevada where Las Vegas is located. The Dakotas had not yet been separated, and Idaho encompassed the states of Montana and Wyoming. Oklahoma also remains labeled as Indian Territory. Canada is labeled as British America but is divided into provinces. Newfoundland, Nova Scotia, New Brunswick, and British Columbia are familiar, whereas New Columbia, Canada East, and Canada West are not. Mexico is also divided into provinces, and Central America is depicted in nearly its modern-day state.