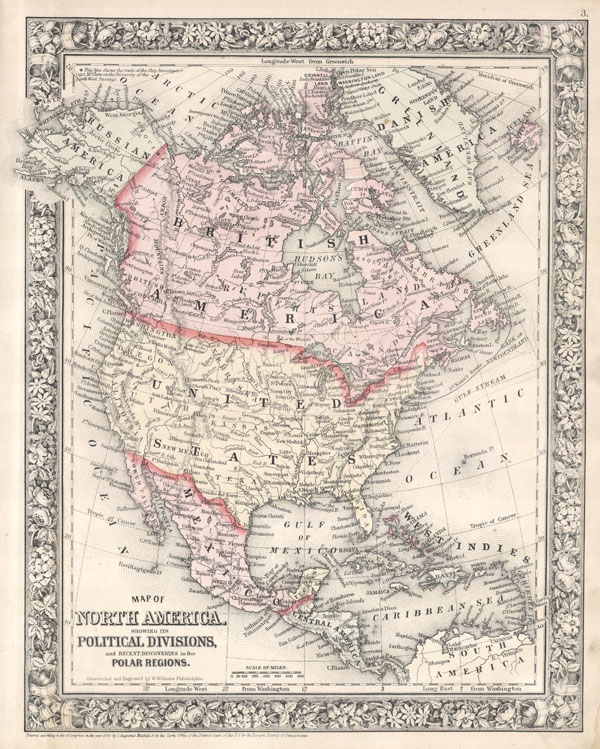 A beautiful example of S. A. Mitchell Jr.'s 1864 map of North America. Depicts the entire continent along with Greenland, Central America, Iceland, and the West Indies. Notes the routes of various arctic explorers including Dr. Kane in the northeast and Captain McClure in the Northwest. In 1853 McClure, an English captain, claimed to have discovered the long sought after northwest passage. Despite the fact that he lost his ship, the Investigator, in the ice packs of the Arctic and that he had to be rescued himself by the Resolute, McClure was the first to successfully travel west to east through the Arctic, no mean feat at the time. One of the most attractive atlas maps of this region to appear in the mid 19th century. Features the floral border typical of Mitchell maps from the 1860-65 period. Prepared by W. Williams for inclusion as plate 3 in the 1864 issue of Mitchell's New General Atlas. Dated and copyrighted, 'Entered according to Act of Congress in the Year 1860 by S. Augustus Mitchell Jr. in the Clerk's Office of the District Court of the U.S. for the Eastern District of Pennsylvania.'