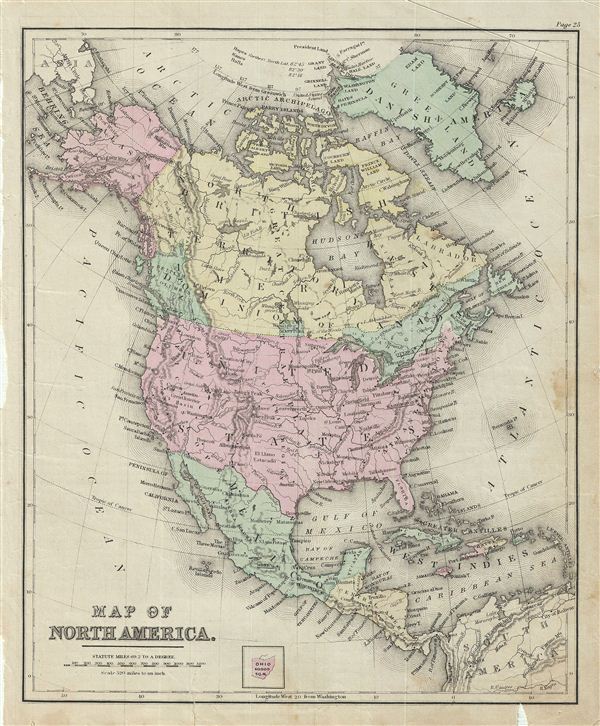 This is an example of David M. Warren's 1879 map of North America. Centered on the United States, it covers from the Arctic Ocean to Panama, including Greenland, Iceland and parts of South American and the West Indies. Throughout, the map identifies various railroads, cities, towns, rivers, islands, mountain passes and an assortment of additional topographical details. The map is color coded according to regional and political boundaries; however state lines are not shown. elevation is rendered by hachure. Issued as page 25 in the 1879 edition of Warren's Common-School Geography.

Very good. Even overall toning. Text on verso. Verso repair at few places near margins.
Looking for a high-resolution scan of this?