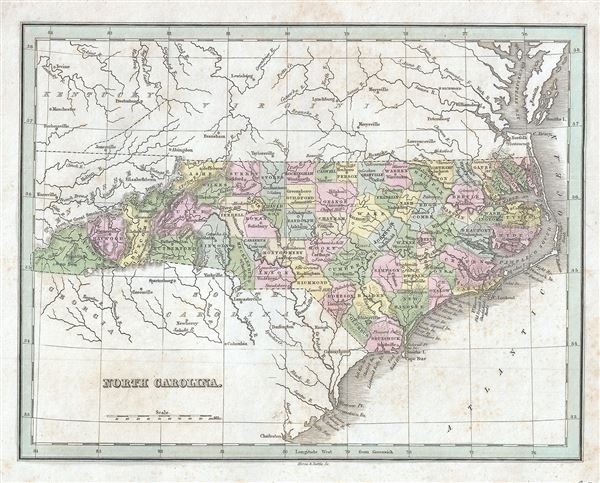 This beautiful map of North Carolina was printed in 1835 by the important American mapmaker T. G. Bradford. This rare map plate configuration depicts the state individually rather than bundled with South Carolina - as is more common. It depicts the state in detail, noting roads, rivers, islands, capes and other topography, with relief shown by hachure. Identifies Cape Lookout and Cape Hatteras as well as the Blue Ridge and Iron or Great Smokey Mountains. Offers color coding at the county level.