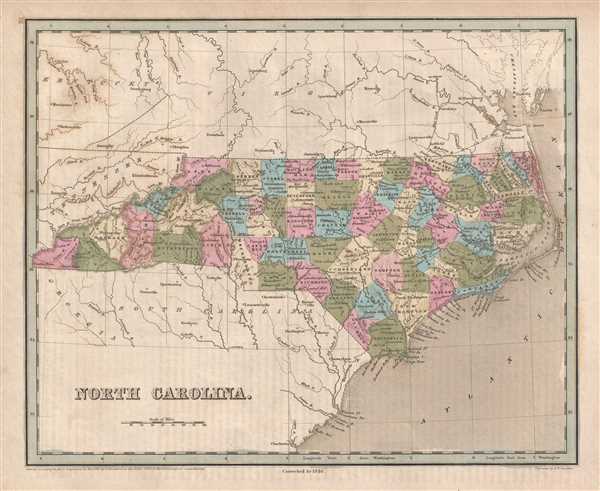 This is an 1846 Thomas G. Bradford map of North Carolina. The map depicts the retion from Kentucky, Tennessee, and Georgia to the Atlantic Ocean and from Kentucky and Virginia to South Carolina and Georgia. Highly detailed, each county is labeled and shaded a different color for easy differentiation. Numerous cities and towns are also labeled, including Raleigh and Charlotte. The railroad running between Richmond, Norfolk, and Raleigh is illustrated, along with myriad rivers both within North Carolina and outside the state. Several locations along the North Carolina coast are also labeled, including Pamplico Sound, Albemarle Sound, Cape Fear, and Cape Hatteras.