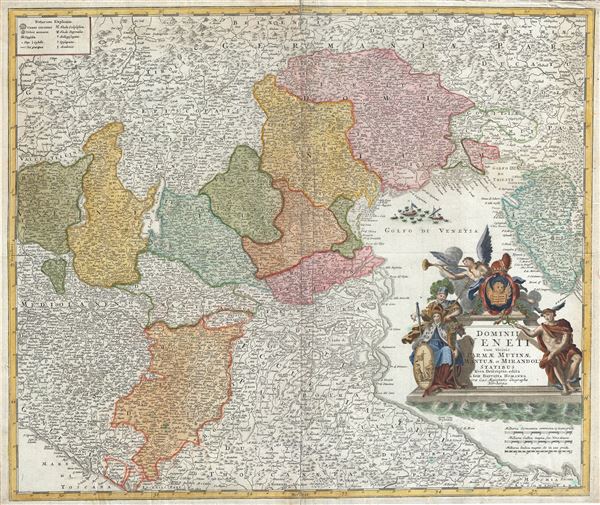 This is a beautiful c.1745 Homann Heirs map of northeast Italy. It covers from Bermago east as far as Albona (Labin) and from Vipiteno Sterzing south as far as Florence. The map is exceptionally detailed, noting towns, rivers, lakes, cities and a host of additional topographical features. Includes neighboring Parma, Modena, Mantua and Mirandol. The map depicts the Veneto region and its vicinity during the decline of the Republic of Venice. A key in included in the top left quadrant of the map, while a beautifully engraved title cartouche adorns the lower right quadrant. This map was issued in Homann Heirs c.1745 edition of Atlas Novus Terrarum Orbis.