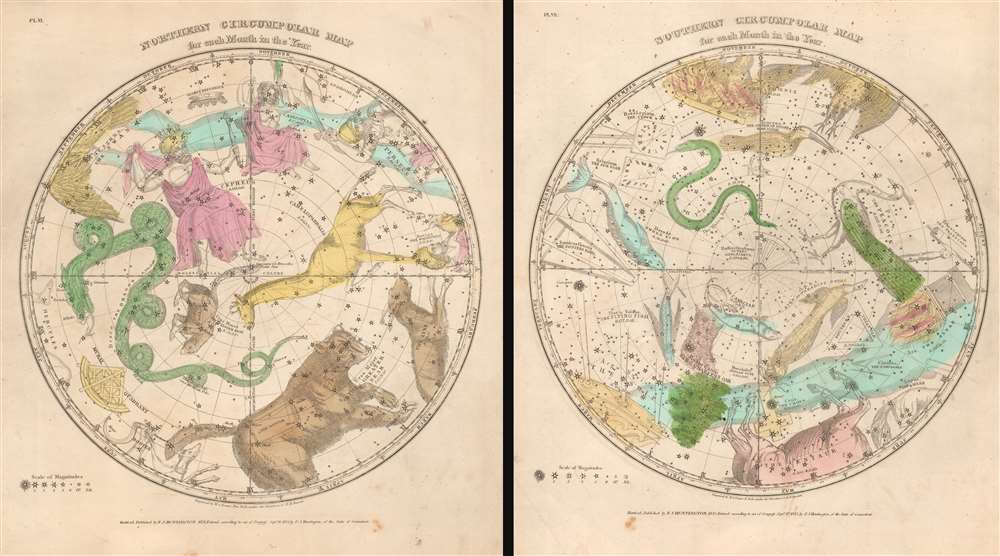 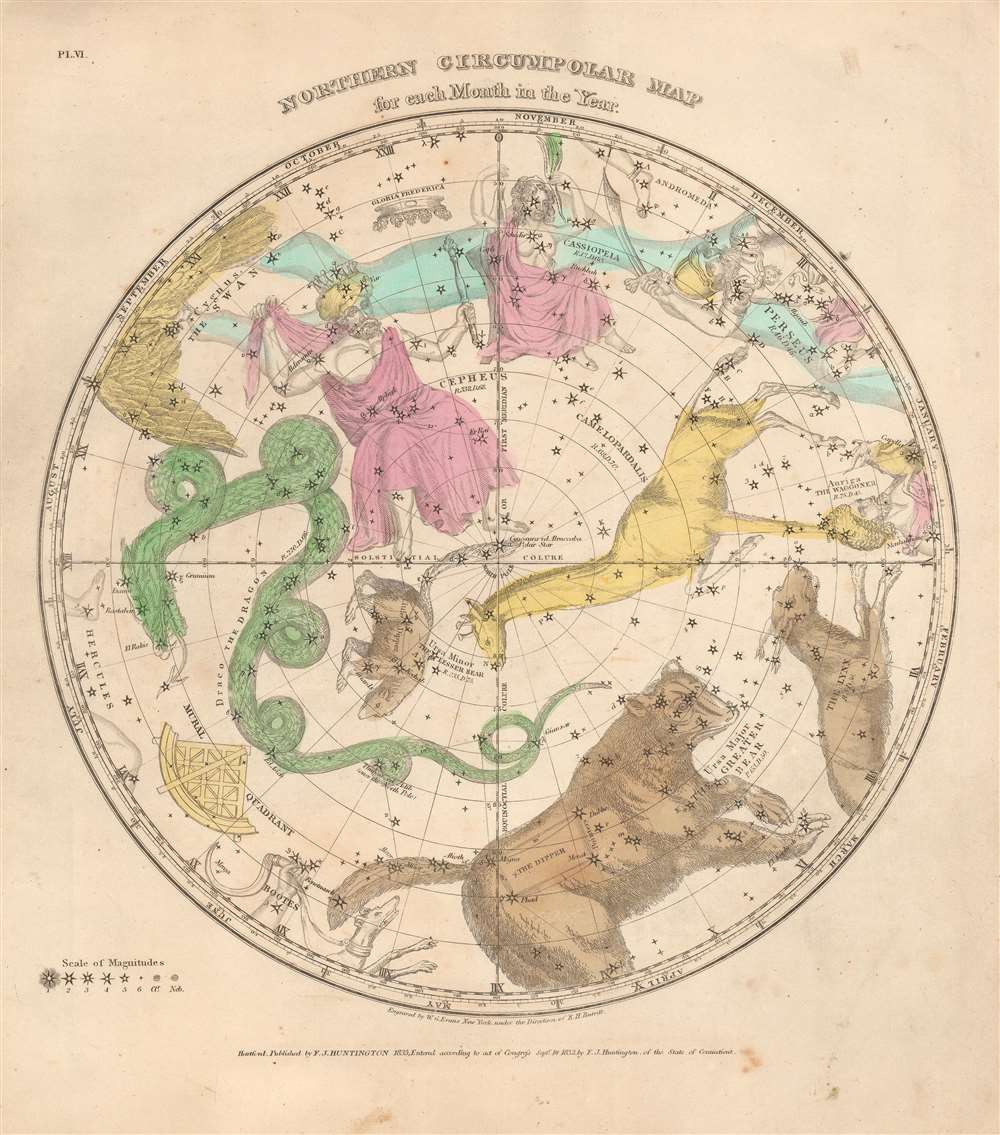 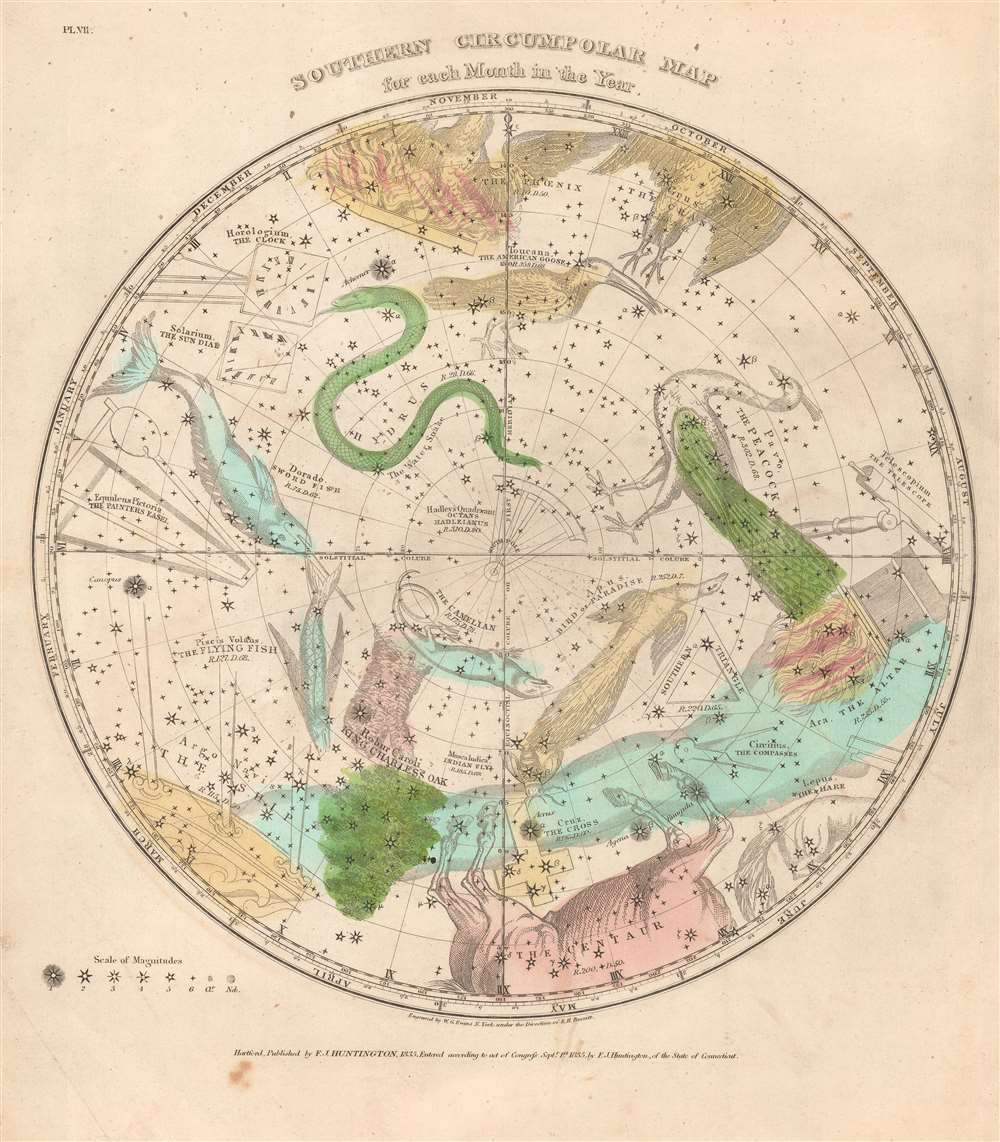 Included on these two charts are Ursa Major (Great Bear or Big Dipper), Usra Minor (the Little Bear or Little Dipper), Draco (the Dragono), Cassiopeia (the W), Perseus, Camelopardalis, and Cepheus in the Northern Hemisphere, and Hydra (the Snake), Dorado (the Sword Fish), Pavo (the Peacock) and the Centaur in the Southern Hemisphere. Both charts are quartered by lines indicating the Solstitial and equinoctial Colures.

These maps, like all of Burritt's charts, are based on the celestial cartographic work of Ignace-Gaston Pardies (1635 - 1673) and Johann Gabriel Doppelmayr (1677 - 1750). Both maps were engraved by W. G. Evans under the direction of E. H. Burritt and issued as plate nos. VI and VII in the 1835 edition of F. J. Huntington's Atlas, Designed To Illustrate The Geography of The Heavens.

Burritt, E., Atlas, Designed To Illustrate The Geography of the Heavens, New Edition, (Huntington and Savage) 1835.