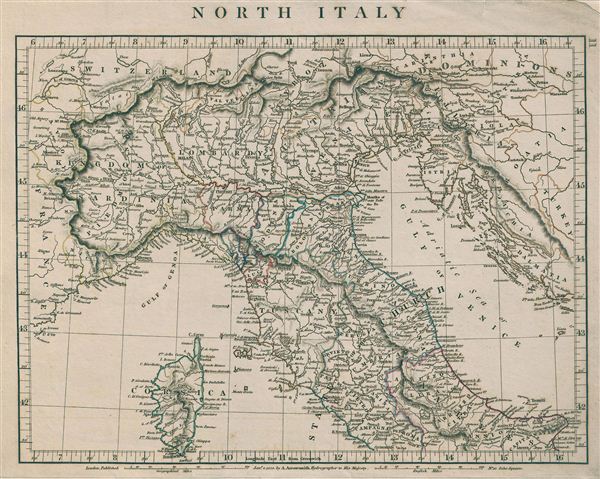 This is a rare example of Aaron Arrowsmith's 1828 map of Northern Italy. The map covers the island of Corsica and Northern Italy, depicting the territories of Tuscany, Modena, Parma, Kingdom of Sardinia, Lombardy, Venice and the State of the Church. It also shows the northern part of the Kingdom of Naples and the regions of Austrian Dominion. The regional boundaries are colored and relief shown by hachures. During this time in history, revolutionary sentiments favoring the unification of Italy were gaining popularity paving the way to the creation of a single nation. This map was published by A. Arrowsmith, hydrographer to His Majesty, in 1828.