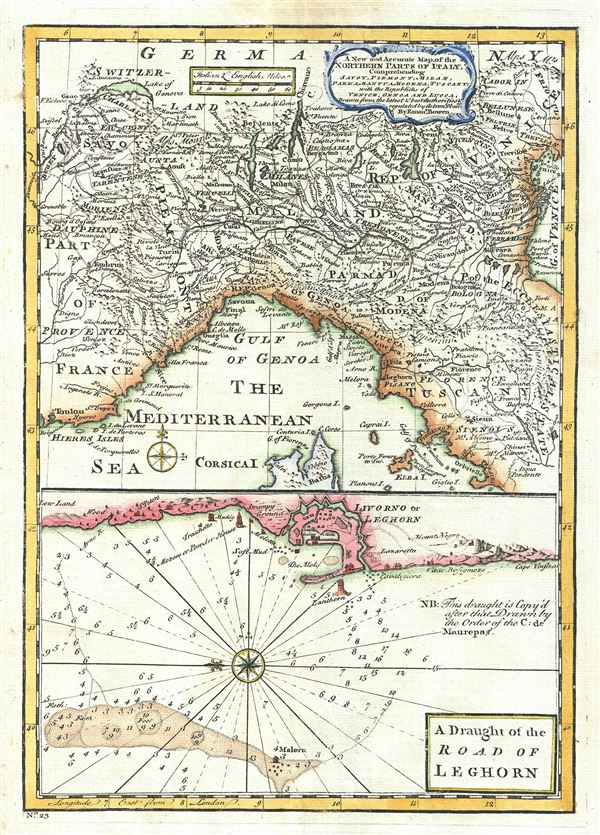 This is a beautiful map of northern Italy, issued in 1747 by the British cartographer Emanuel Bowen. Essentially two maps on a single sheet, the upper map covers northern Italy from Lake Geneva in Switzerland to the Island of Elba. It includes Savoy, Piemont, Milan, Parma, Mantua, Modena, Tuscany and the republics of Venice, Genoa and Lucca. Several important towns, cities, roads, rivers, and other topographic features are noted, with mountains rendered in profile.

The lower map features a nautical chart of Leghorn or Livorno. Oriented to the west, this chart notes coastal cities and towns in detail showing streets and buildings in profile. Rhumb lines and soundings are present throughout. A note reads, 'This draught is copy'd after that drawn by the Order of the C: de Maurepas.'

This map was prepares by Emanuel Bowen as plate no. 23 for the 1747 issue of A Complete System of Geography.