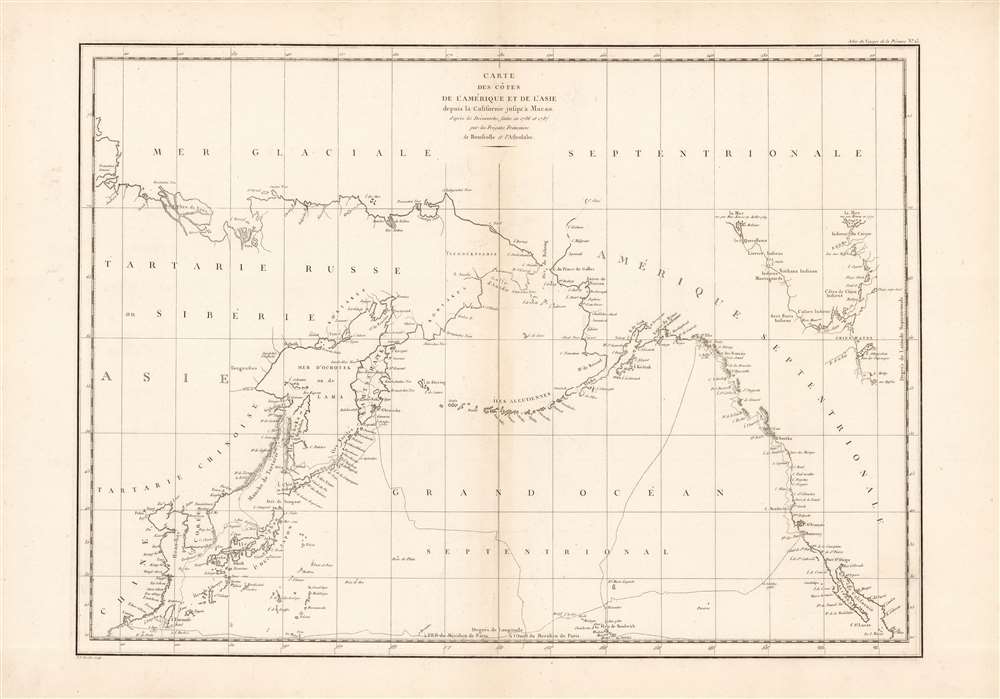 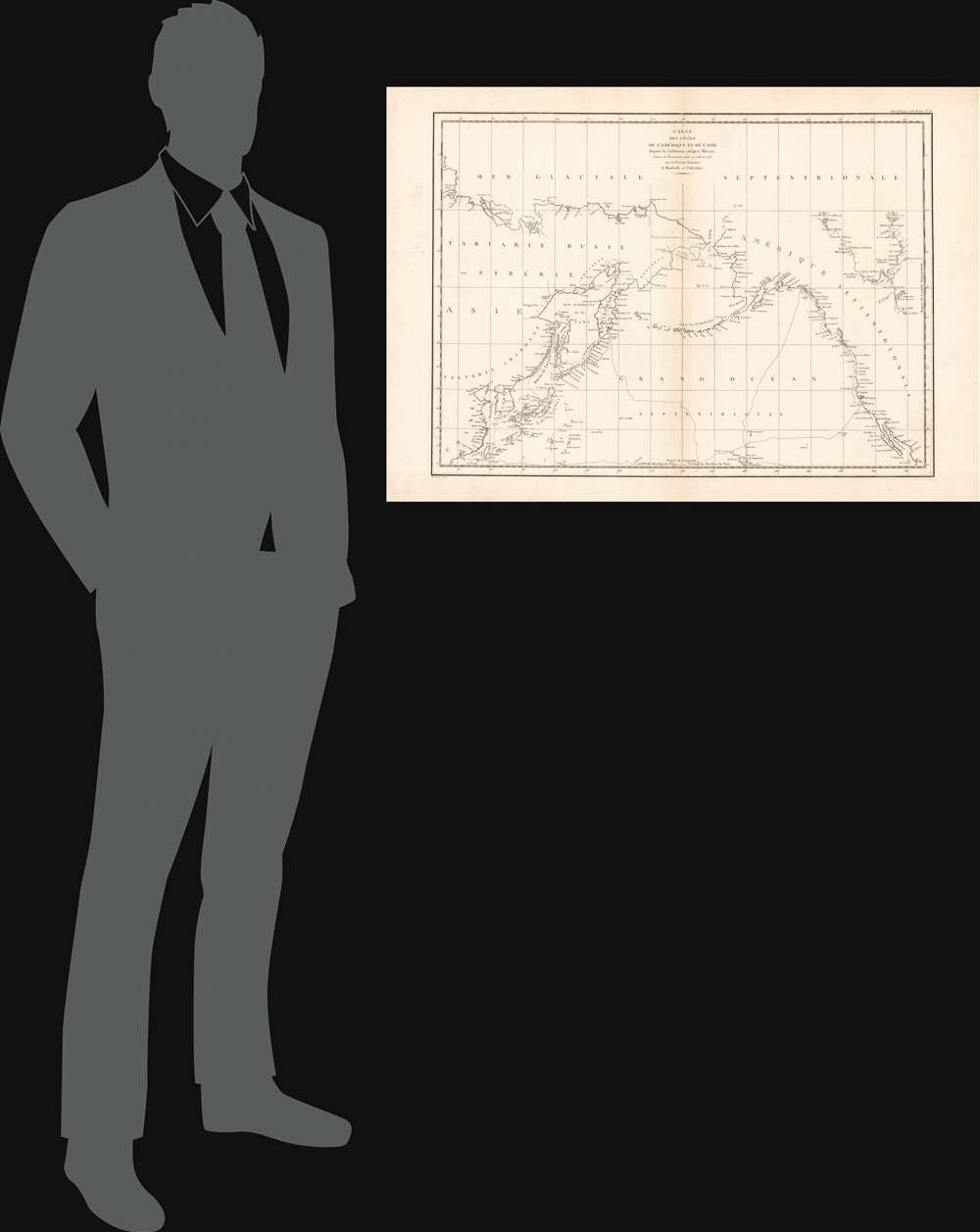 An early voyage of exploration in the North Pacific.
$800.00

This is a wonderful example of La Perouse's important 1786 mapping of the North Pacific. When drawn in 1786 La Perouse's map was the only available map of much of this region not based on the survey work of Captain Cook.

The map shows the progress of La Perouse's ships, the Boussole and the Astrolabe, beginning from Hawaii (the Sandwich Islands) in June 1786, then up to Alaska, then down the coast of North America before cutting across the Pacific to Macao, moving up the coast of East Asia and through to Kamchatka in October 1787, before heading to the South Pacific, where the crew would meet their ultimate, unpleasant fate.

As with all the maps in La Perouse's series, Paris is used as the Prime Meridian. It is worth noting the indication of 'Pt. St. François' on the California coast. La Perouse was the first non-Spanish European to explore San Francisco Bay, following Gaspar de Portolá by 17 years, although by this point the Spanish Franciscans had established a permanent mission, the Mission San Francisco de Asís (also known as Mission Dolores). Much of the remainder of La Perouse's voyage followed in the wake of those led by James Cook in the late 1760s and the 1770s.

This map was drawn by La Perouse in 1786 and published posthumously as Plate No. 15 in the first edition of the Atlas du Voyage de la Perouse. It was engraved by P.F. Tardieu (no further information is available on this individual) and published in Paris by the Imprimerie de la Republique in 1797 (Year 5 of the revolutionary regime). Due to variations in cataloging the map, it is difficult to precisely determine its distribution, but both the map and the entire atlas are known to be held by a handful of libraries in North America and Europe.