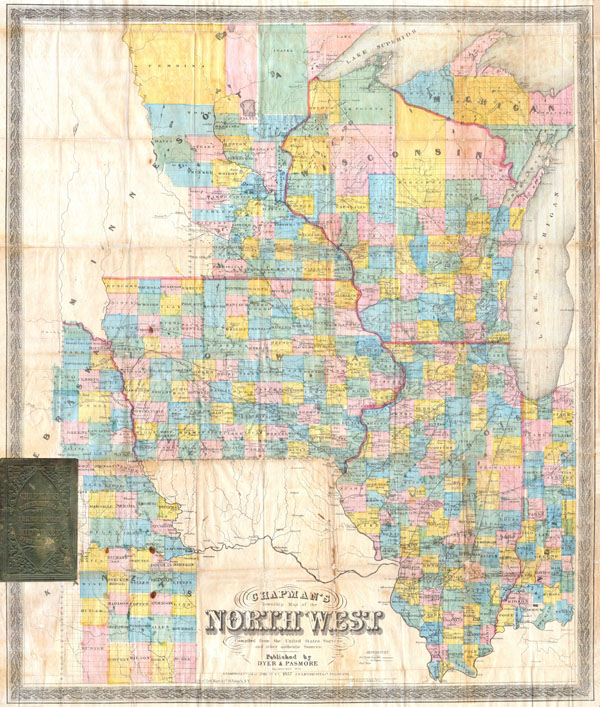 Offered is an exceedingly rare pocket issue map of the states of Illinois, Iowa, and Wisconsin, with parts of Michigan, Minnesota, Nebraska and Kansas. Printed in 1857 by Silas Chapman and his successors, Dyer & Pasmore. This rare map depicts the region in considerable detail with reference to both political and geographic features, as well as to railroads, canals, and river crossings. Several American Indian reservations are laid down including the Chippewa, Menominee and Oneida. The north is, in general, largely oversized and empty of settlement. Stored flat but folds into original 16mo gilt and green linen binder. Dated and copyrighted, 'Entered according to Act of Congress in the Year of 1857 by Jos. Hamilton in the Clerk's Office of the District Court of the State of Wisconsin.'