1891 Rand McNally Map of the Northwest Territories of Canada 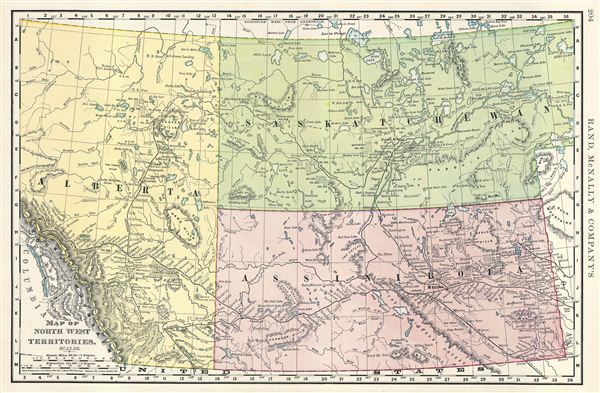 1891 Rand McNally Map of the Northwest Territories of Canada

This is a beautiful example of Rand McNally and Company's 1893 map of the Northwest Territories of Canada. It covers Alberta, Saskatchewan and Assiniboia (a historic district). Several Indian Reservation sites are noted. The modern territory, created in 1870, resulted from the transfer of the North-Western Territory held by the British Empire to the government of Canada. Color coded according to provinces and regions, the map notes several towns, cities, rivers, mountains, railroads and various other topographical details with relief shown by hachure. This map was issued as plate no. 364 in the 1895 issue of Rand McNally and Company's Indexed Atlas of the World - possibly the finest atlas Rand McNally ever issued.