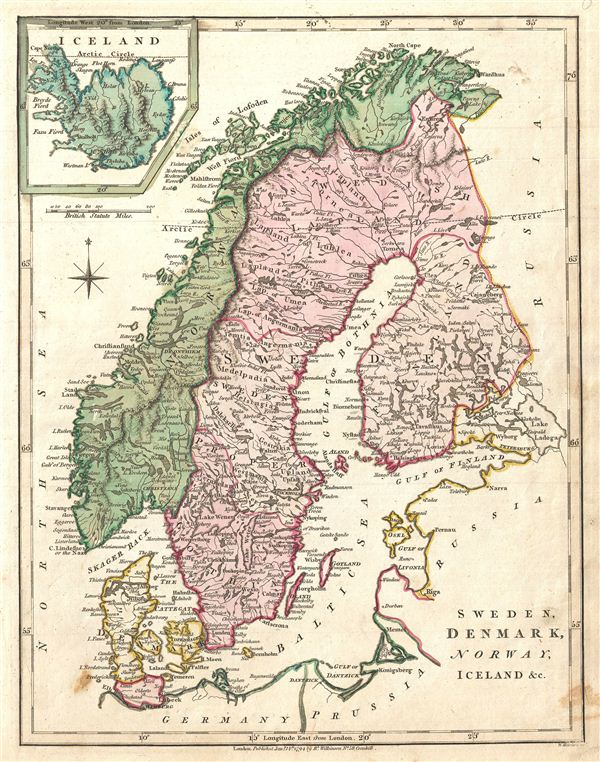 A finely detailed first edition 1794 map of Scandinavia, by Robert Wilkinson, with Iceland as an inset. Includes Norway, Denmark, Sweden and Finland (then part of Sweden). Beautifully rendered mountains and fjords and gorgeous colors throughout make this an exquisite addition to any collection. engraved by Thomas Conder for the 1794 first edition of Robert Wilkinson's General Atlas.