1804 Pichon and Esnault City Plan or Map of Paris, France 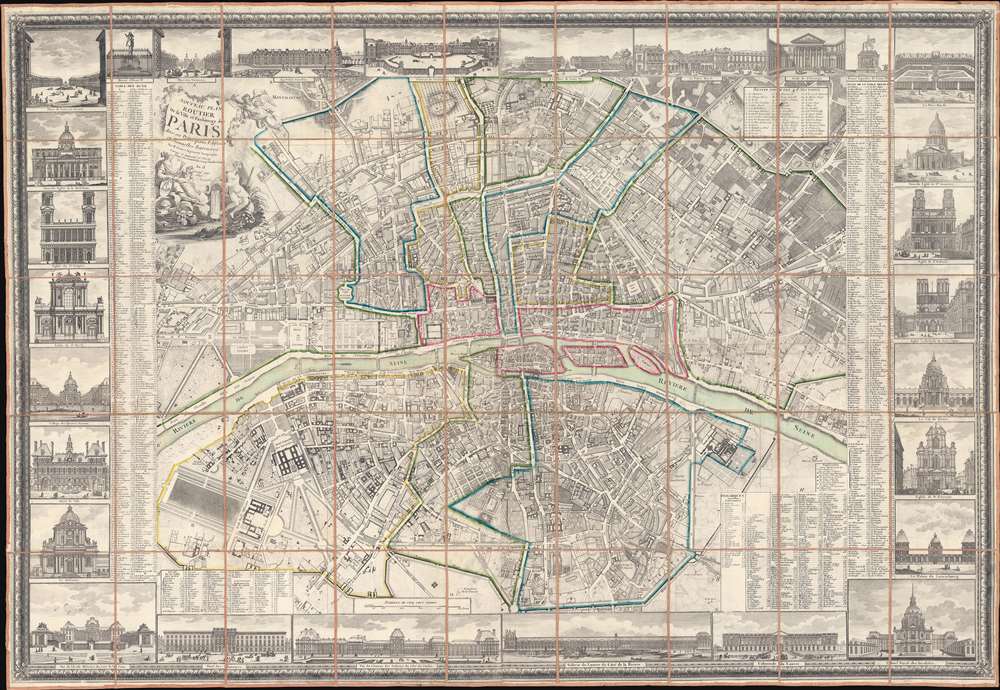 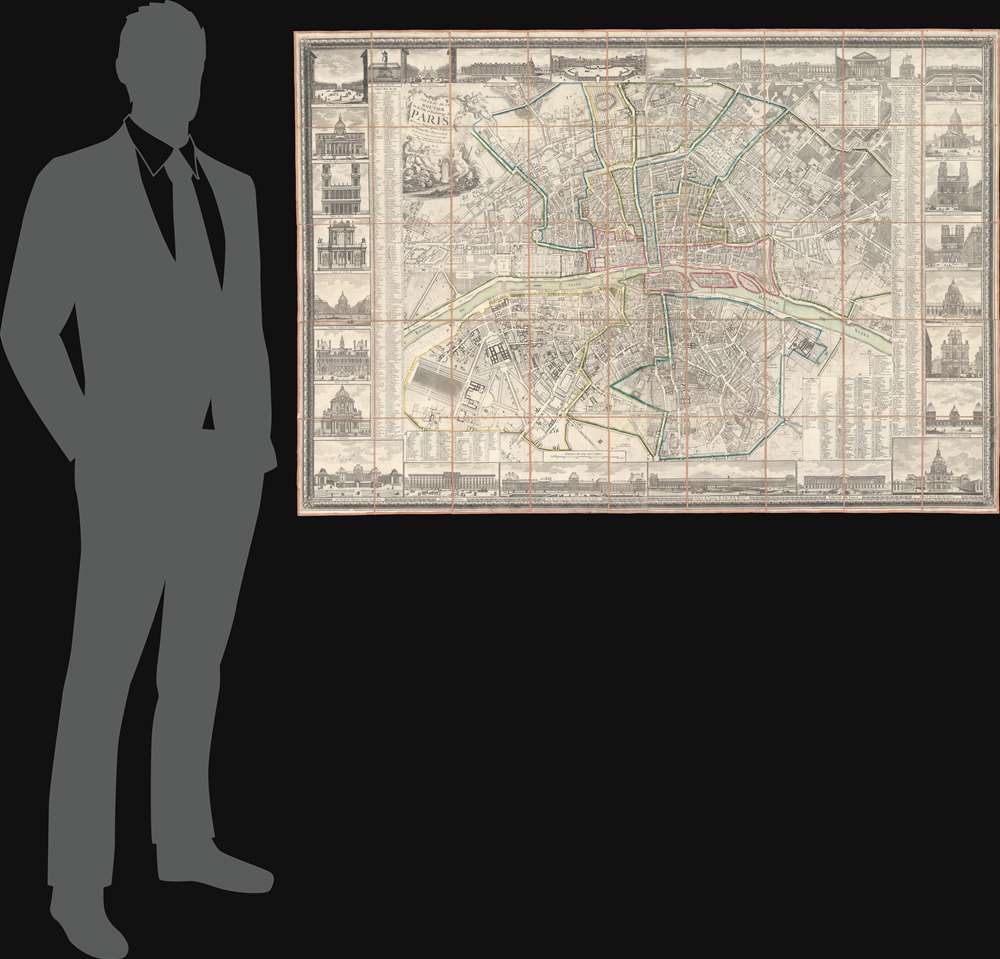 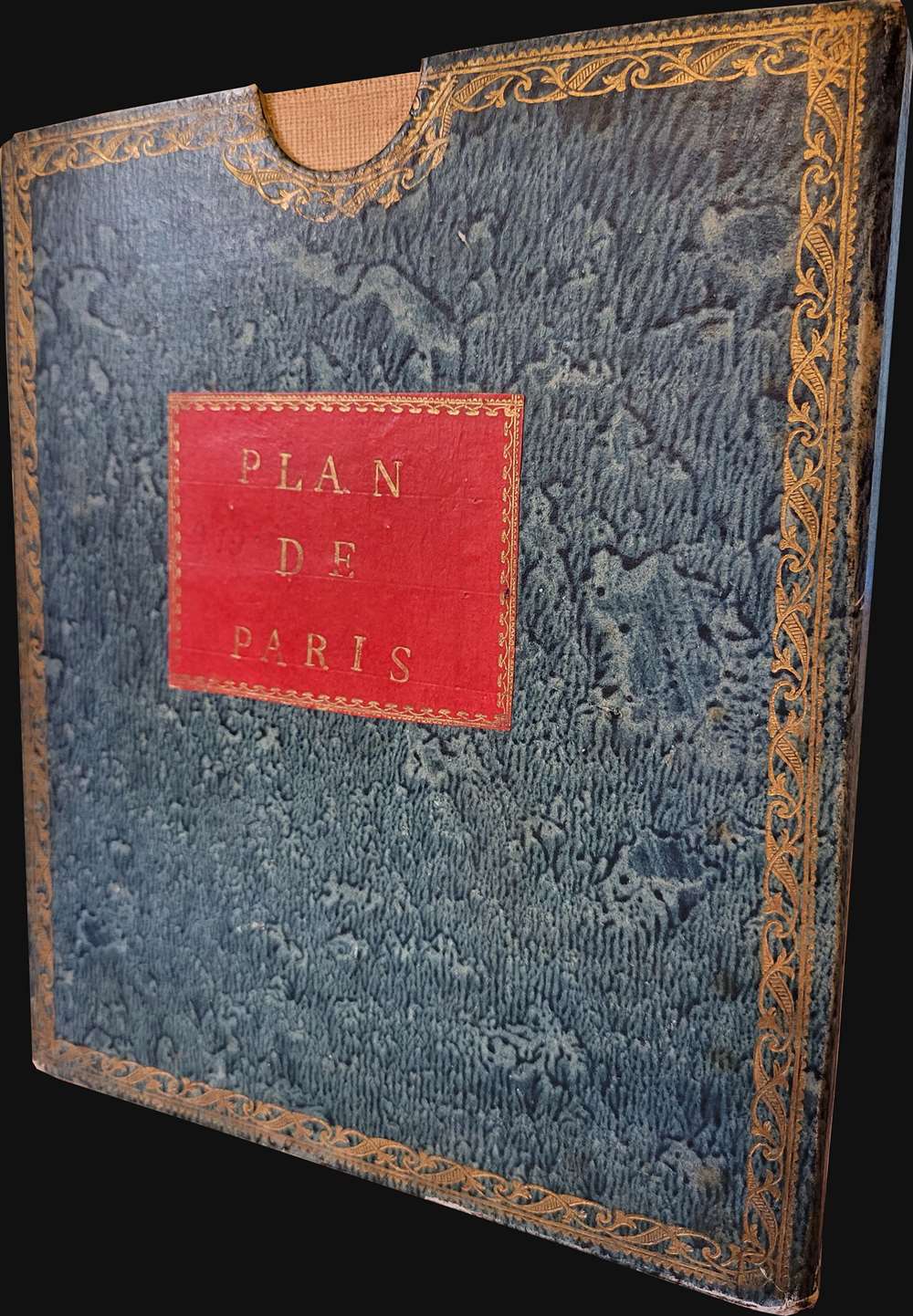 1804 Pichon and Esnault City Plan or Map of Paris, France

On the cusp of Imperial glory.

This is a striking 1804 Pichon and Esnault city plan or map of Paris, France, published during the last (13th) year of the French First Republic. This map marks a critical moment in Parisian history, when under Napoleon Bonaparte (1769 - 1821), the city transformed from a national into an imperial capital. Napoleon crowned himself Emperor of France on December 2, 1804, and immediately embarked upon a series of ambitious civic and urban developments intended to transform Paris into an imperial capital on the model of ancient Rome.

Important buildings and landmarks throughout are identified, including the Louvre, the Tuileries Gardens, Notre Dame, Les Invalides, and the Jardin des Plantes. Outline color differentiates arrondissements, while numbers identify forty-eight 'sections'. An alphabetic street index appears to the left and right of the map proper. The map is further surrounded by twenty-eight vignette views including illustrations of Notre Dame, Les Invalides, the Sorbonne, the Louvre, and the Chateau de Versailles, and other Parisian landmarks.

During the French Revolution, the French government created and used the French Republican calendar (also known as the French Revolutionary calendar) from late 1793 until 1805, when Napoleon crowned himself emperor, a period of about twelve years. It was also used in 1871 for eighteen days by the Paris Commune. The calendar removed all religious and royalist influences.

This map was created by Pichon, 'corrected and augmented in Year 13' by Esnault, engraved by C. B. Glot and Étienne Claude Voysard, and published by Esnault in 1804. We are aware of only one other surviving example of the 1804 edition of this map, held in private hands. We have located earlier editions, dating from 'Year 9' (1801), 1792, and 1784.


Étienne-Claude Voysard (1746 - c. 1812) was a French engraver. Born in Paris, Voysard studied under Bernard Baron and was the engraver for the comte d'Artois (who became King of France and Navarre in September 1824 and ruled until August 1830 as Charles X). He engraved numerous works over the course of his career. Learn More...

Very good. Dissected and mounted on linen in forty-five (45) panels.
Looking for a high-resolution scan of this?