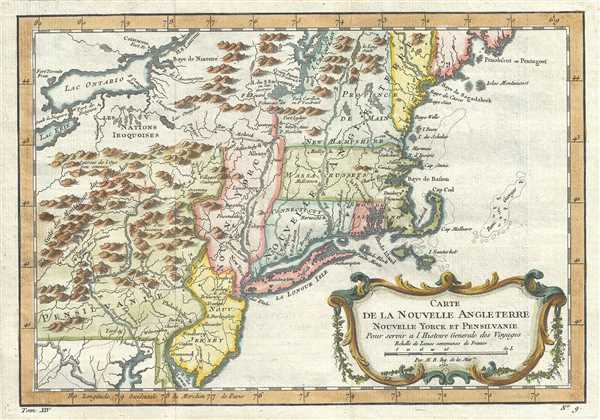 Map of New England during the French and Indian War.

This map was drawn by Jacques Nicolas Bellin and published as plate no. 9 in volume 9 of the 1757 French edition of Abbé Prévost's L'Histoire Generale des Voyages.