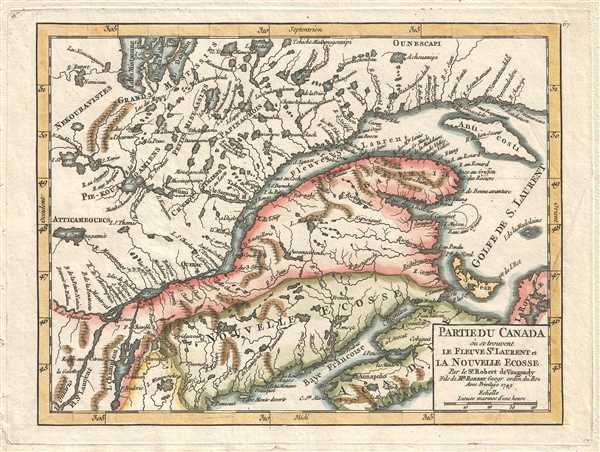 This is a hand colored 1749 Didier Robert de Vaugondy map of Canada and New England. The map depicts from the Saint Lawrence River to Cape Breton Island and from Quebec to Lake Champlain and Acadia. Myriad tributaries of the Saint Lawrence are labeled, along with numerous lakes. Several native tribes are labeled in Canada. Qubec City is noted along the Saint Lawrence. New Scotland (Nouvelle Ecosse) occupies much of what is now Maine and Vermont.