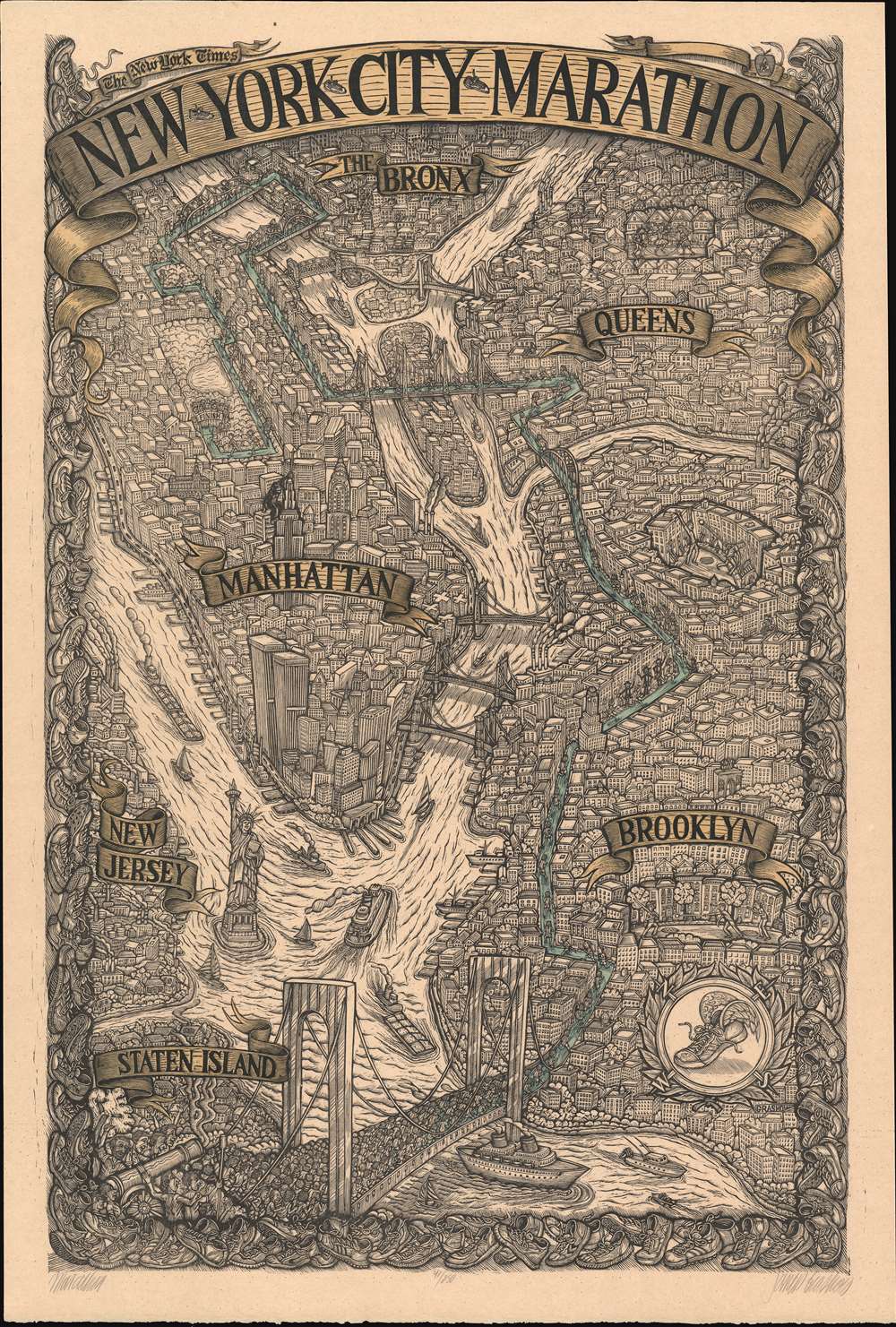 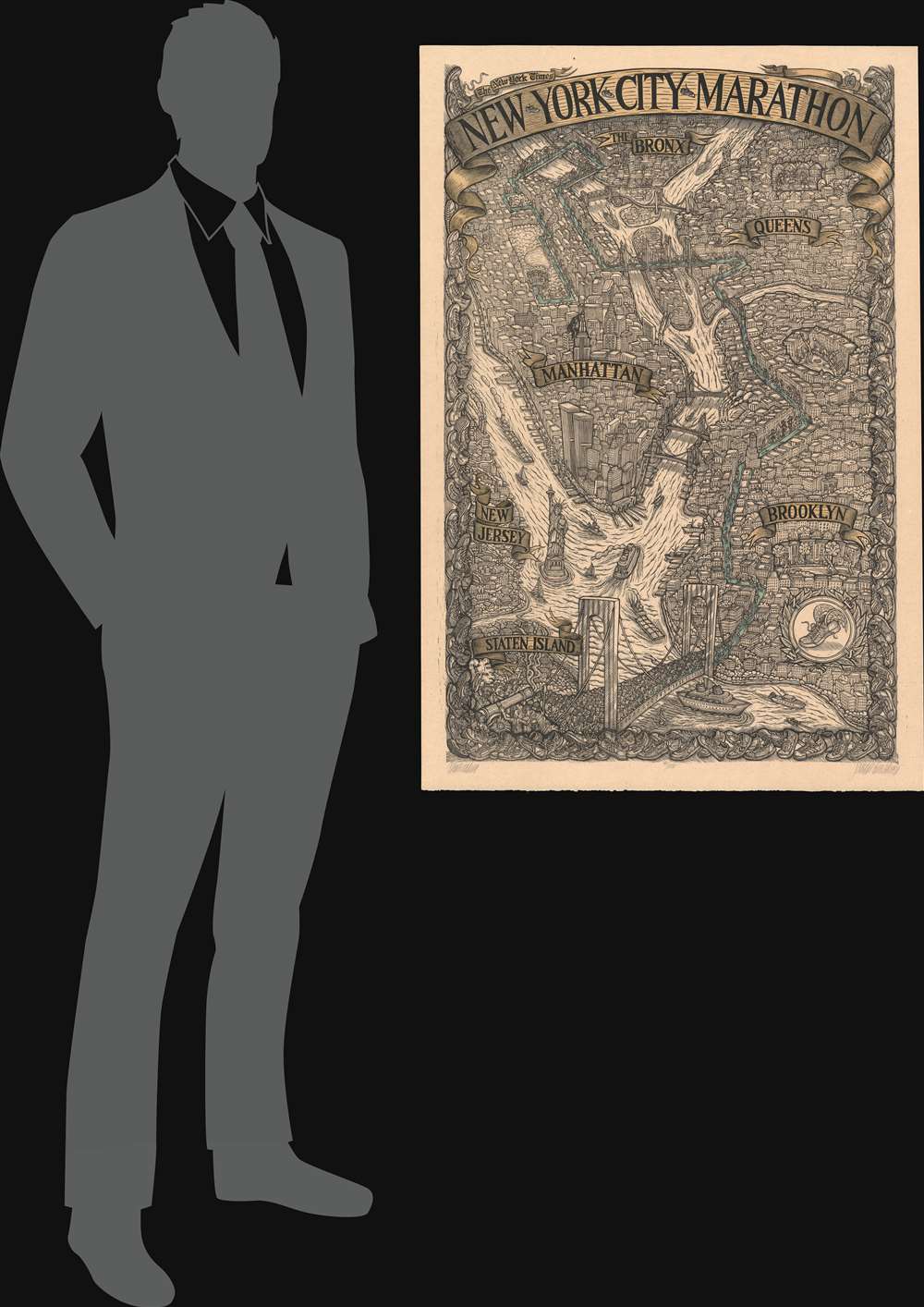 This is a 1983 James Grashow limited edition woodcut print created for the New York City Marathon. The marathon route, complete with runners, is highlighted in blue. Buildings and other landmarks appear in profile, including the Verrazano Bridge, the Brooklyn Bridge, Manhattan Bridge, the Chrysler Building, the Empire State Building (complete with King Kong), and the World Trade Center's Twin Towers. Central Park, where the marathon finishes, is prominent. The Statue of Liberty, of course, stands tall in New York Harbor as the State Island Ferry steams towards Battery Park. Spectators appear at various points along the route, but true to form, as important as the marathon is, life continues otherwise unabated. The whole is surrounded by a border composed of used running shoes.

This print was created by James Grashow for the 1983 New York City Marathon. There are two variants. The limited edition woodcut on hand-made paper, as here, was restricted to just 250 copies, of which this is no. 41. It was also issued in a mass market edition printed by offset. Today all examples are very rare, but the the limited edition woodcut variant is the most desirable and practically unobtainable.

James 'Jimmy' Grashow (born January 16, 1942) is an American woodcut artist and sculptor, and is best known for his large-scale installations and other sculptures made out of cardboard. Born in Brooklyn, New York, he received both a BFA and an MFA from the Pratt Institute. His works have been exhibited in museums throughout the United States. He also designed the cover art for Jethro Tull's 1969 album Stand Up and the Yardbird's 1971 album Live Yardbirds: Featuring Jimmy Page. Learn More...