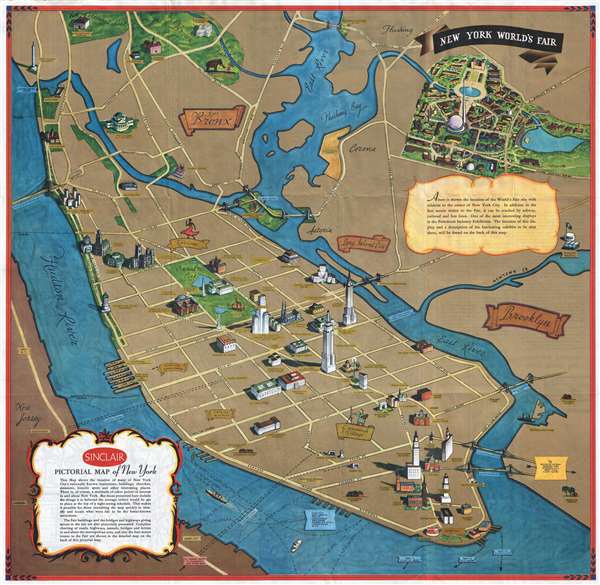 This is a rare pictorial map of New York City drawn in 1939 by Georg Annand for Sinclair Oil to promote the 1939 New York World's Fair. The map takes the form of a perspective view of New York City with Flushing and the Bronx retreating into the distance and Central Park taking center stage. Like most of Annand's work, this map combines pictorial and minimalist tendencies. The typography is clear and easy to read. Important sights are rendered pictorially, ranging rom the Empire State building to dancing and nightlife in Harlem. Only major streets are identified, leaving room for Annand's vignettes while at the same time lending the map a spaciousness uncommon in the genre.

This map was published in 1939 by Rand McNally and Company.