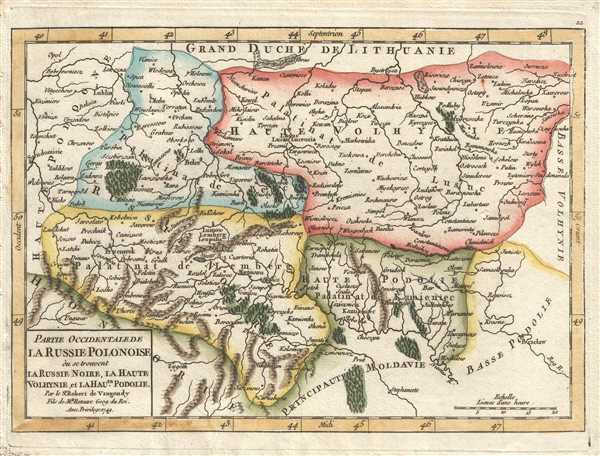 This is a hand colored 1749 Didier Robert de Vaugondy map of European Russia. The map depicts from Haute Pologne and Hungary to Basse Volhynie and Basse Podolie and from Lithuania (Grand Duché de Lithuanie) to Moldova (Principauté de Moldavie). Divided into palatinates and other regions, myriad towns and villages are labeled. Rivers are illustrated but go unlabeled. Forests and mountains are depicted in profile.