1828 Wyld Map of the Balkans from Odessa to Constantinople 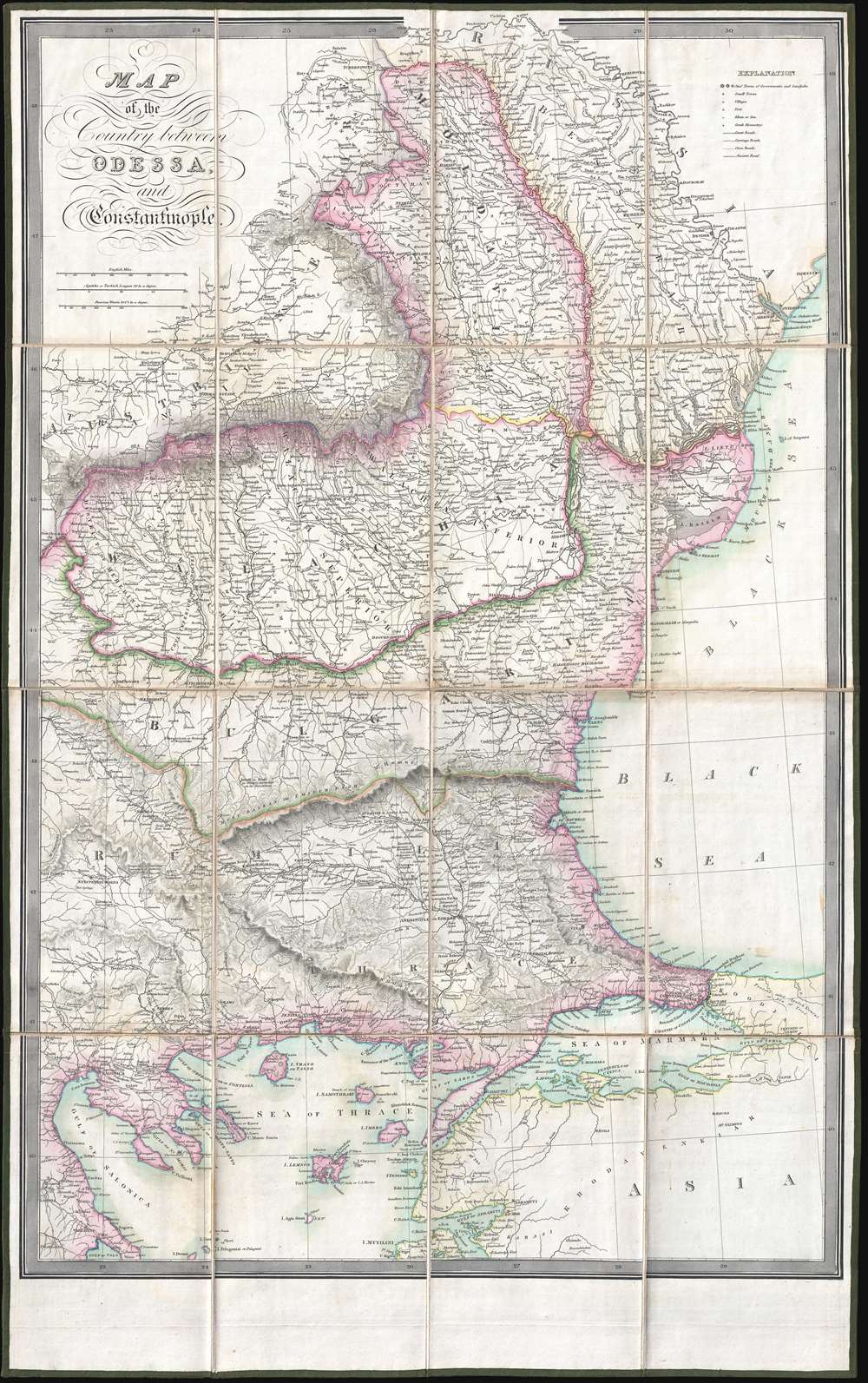 1828 Wyld Map of the Balkans from Odessa to Constantinople

Illustrates the theater of war and was created during the Russo-Turkish War of 1828 - 1829.

This is an 1828 James Wyld map of the Balkans and eastern Europe. The map depicts the region from the Gulf of Salonica and Transylvania to the Black Sea and from the Dniester River to the island of Lesbos (I. Mytilini). Beautifully engraved and highly detailed, Wyld most likely created this map as a response to interest in the Russo-Turkish War of 1828-29. Myriad cities, towns, and villages are labeled throughout, including Bucharest (Boukarest), Odessa, Salonica, and Istanbul / Constantinople. Rivers, such as the Danube and Dniester, are also illustrated, along with the region's topography and numerous islands in the Aegean Sea. Three different grades of road are also depicted, with the different symbols explained in a key situated in the upper-right corner. This detail helps illuminate the ease of travel and movement in general throughout the region.

Following Russian participation in the Battle of Navarino during the Greek War of Independence (1821 - 1832), the Ottomans decided to close the Dardanelles to Russian ships and revoked the Akkerman Convention (signed in 1826), sparking the Russo-Turkish War. While the map does not explicitly trace the events of the war, numerous locations where key battles took place are prominently labeled. The war began when a Russian army, nearly 100,000 strong, invaded the Romanian principalities of Wallachia and Moldavia, which bordered Russian territory in April and May 1828. From here, the Russians laid siege to key Ottoman citadels, including Varna, situated on the Black Sea. Though this map was published before the end of the war, most of the territory immediately effected by the fighting is illustrated. When the war ended with the Treaty of Adrianople in 1829, the Ottomans ceded control of most of the eastern shore of the Black Sea, including the mouth of the Danube River, to Russia. Serbia achieved autonomy, and Russia occupied both Moldavia and Wallachia, which remained Russian protectorates until the Crimean War.

This map was created and published by James Wyld in 1828.

Very good. Dissected and mounted on linen in 16 panels. Blank on verso.