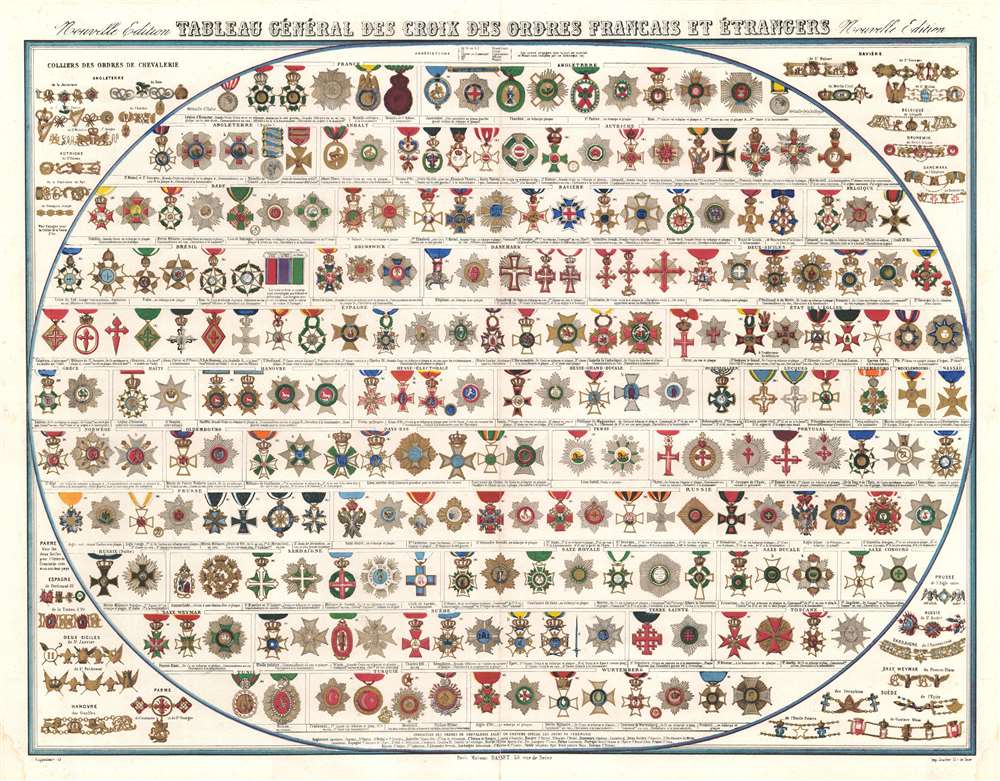 Details awards and decorations bestowed by over two dozen nations across the globe.
$500.00

This is a c. 1862 André Basset chart of commendations, orders, and other decorations bestowed by many different countries of the world. French decorations, including the three unique medals given for the Legion of Honor, are situated on the upper left. Decorations awarded by Great Britain, Russia, Brazil, Sweden, Portugal, and Denmark are illustrated. German duchies and principalities also are highlighted, alongside those of the Papal States, Tuscany, and Sardinia. Asterisks appear near specific awards, which means they have been cleared to be worn in France.

This chart was created and published by Andre Basset in 1862, lithographed by J. Kuppenheim, and printed by the Imprimerie Boucher. One example is cataloged in OCLC and is part of the collection at The British Library.