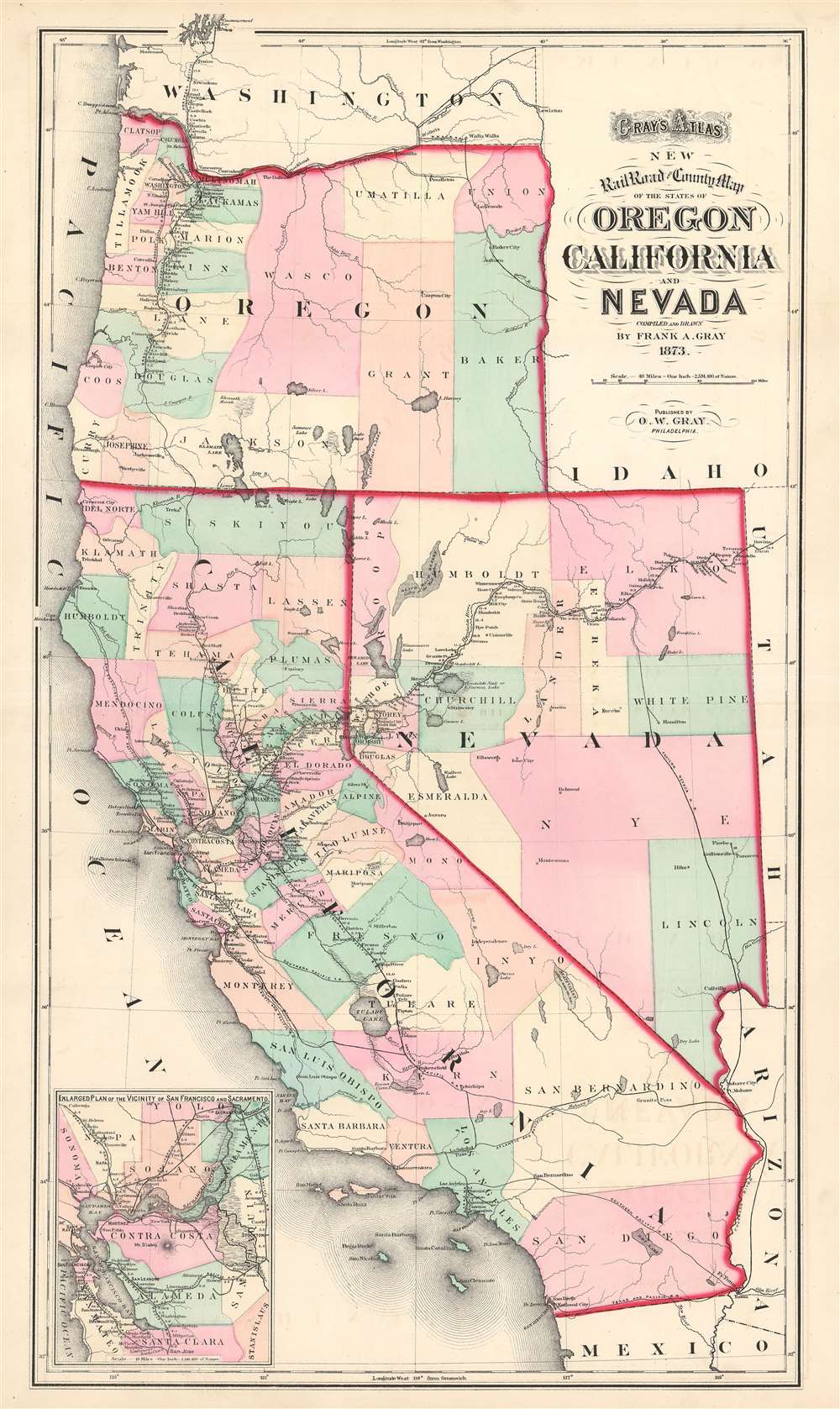 Published only five years after the completion of the first transcontinental railroad and during an era of rail expansion in the United States.

This is an 1873 Ormando Gray Map of California, Nevada, and Oregon. The map depicts the region from the Pacific Ocean to Idaho, Utah, and Arizona, and from Washington to Mexico. Published near the height of railroad expansion, the rail lines take center stage. The routes of the Central Pacific, Eastern Nevada, Southern Pacific, Atlantic and Pacific, Texas and Pacific, San Francisco and Northern Pacific, Napa Valley, Oregon and California, Oregon Central, and Northern Pacific Railroads are all illustrated and labeled. The Central Pacific Railroad, begun in 1862, constructed the western portion of the first transcontinental railroad, when it met the Union Pacific at Promontory Summit in the Utah Territory in 1869. Thus, rail travel at the forefront of the popular imagination when this map was published. Stops along all the routes are identified and distances between then are provided. Counties in California, Nevada, and Oregon are illustrated and labeled as well. They are also shaded different colors to allow for easy differentiation. An inset map of the vicinity of San Francisco and Sacramento is situated in the lower left corner. Much like the larger map, the inset map highlights the rail network in the area, complete with a most, if not all, of the stops along each route and the distances between them.

This map was drawn by Frank A. Gray and published by Ormando W. Gray, his father, in 1873. We are aware of only two examples in institutional collections. One is at the University of Nevada, Reno and the other is part of the David Rumsey Map Collection.