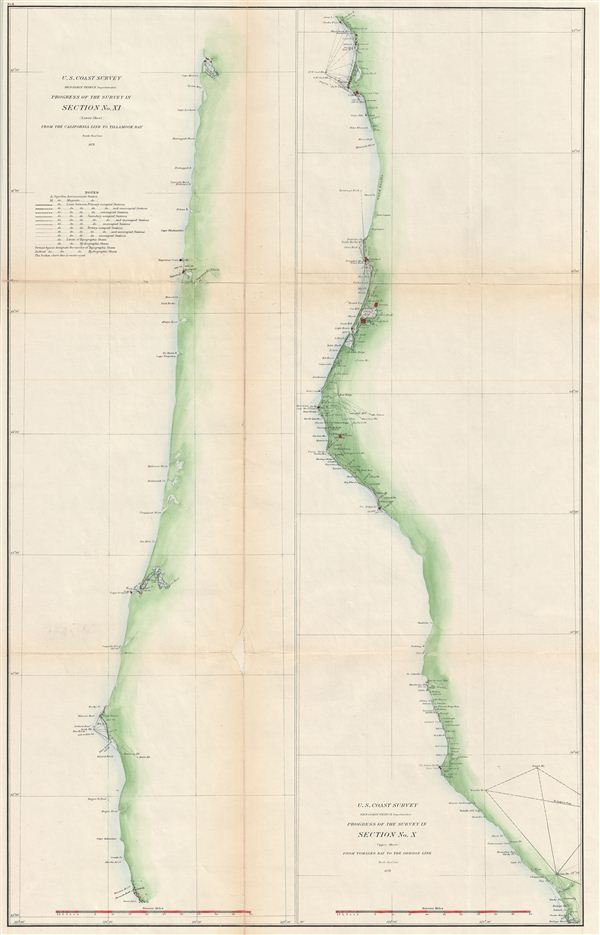 An uncommon example of the 1871 U.S. Coast Survey progress and triangulation chart or map of coast of Oregon and northern California. essentially two maps on a single sheet, the left map covers from the California border to Tillamook Bay, including Koos Bay and Newport. The right hand map covers from Tomales Bay to the Oregon border, including Crescent City, Trinidad, Arcata, Petrolia, and Mendocino City. Progress maps of this sort were made to illustrate work of the survey and accompanied the Superintendent of the Survey's (Benjamin Pierce) annual report to Congress.

Good. Typical discoloration and wear along original fold lines. Backed with archival tissue for stability. Fill repair bottom center.
Looking for a high-resolution scan of this?