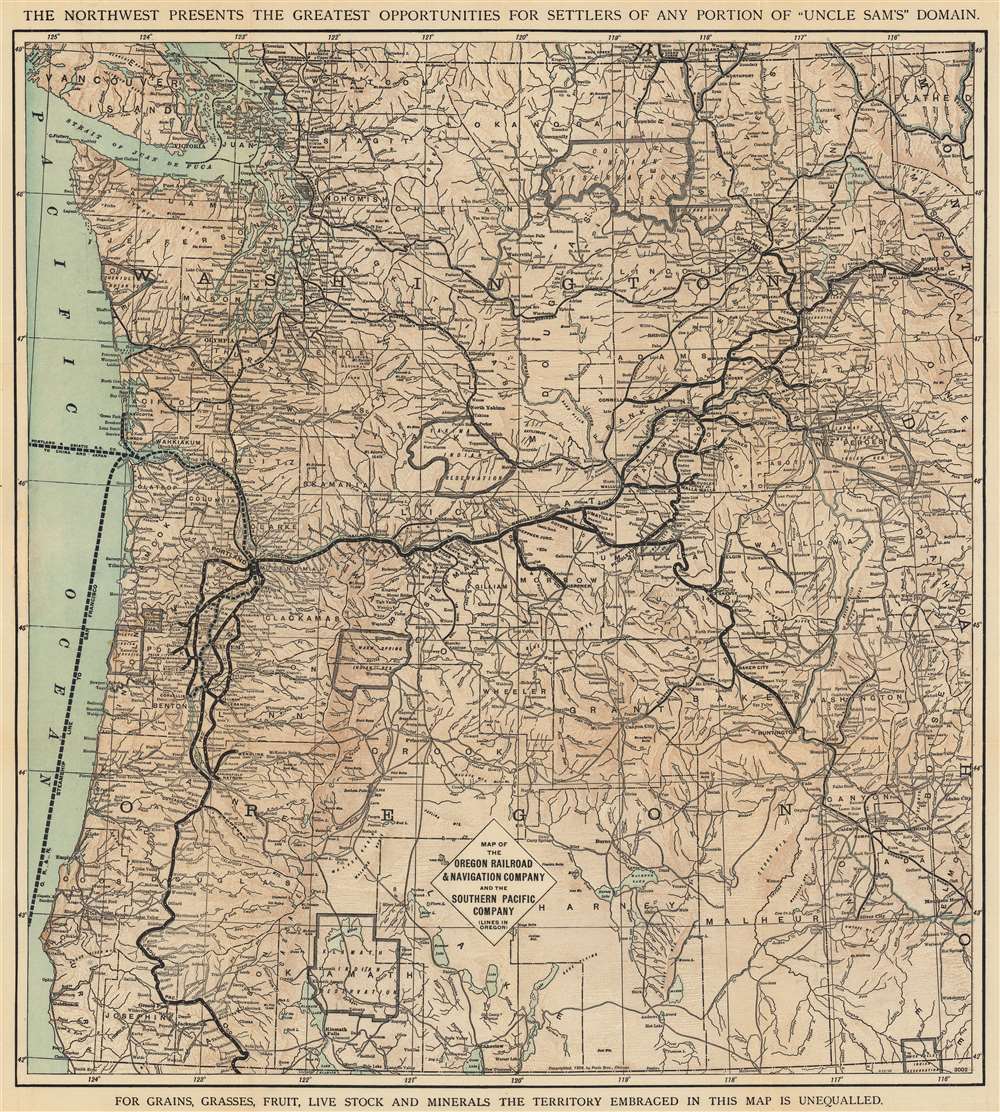 Encouraging emigration to Oregon and Washington.
$400.00

This is an 1898 Poole Brothers map of Washington and Oregon issued to promote Oregon emigration, land sales, and railroad travel. The map was published on behalf of the Oregon Railroad and Navigation Company and the Southern Pacific Railroad.

Black lines trace the rail networks with white dots marking stops. Thinner lines illustrate the routes of the Great Northern Railway and the Northern Pacific Railroad in Washington. Perhaps to entice visitors (and more likely hopeful settlers) from San Francisco, a thick dashed line highlights the Oregon Railroad and Navigation Company's steamship route from Portland to San Francisco. The Portland and Asiatic Steamship Company's route to China and Japan is noted as well, underscoring Portland as a city with connections, another attractive point for possible newcomers. Slogans along the top and bottom promote the region's natural wealth and the opportunities it presents.

The Oregon Railroad and Navigation Company

This map was created by the Poole Brothers and issued by the passenger departments of the Oregon Railroad and Navigation Company and the Southern Pacific Company in 1898. We note two cataloged examples of the 1898 edition, one at the New York Public Library and another with Washington State University. It is scarce on the private market. The presently offered 1898 edition is not cataloged in OCLC, but a single example of the 1904 example does appear in that database.