1887 Bradley Map of Oregon and Washington 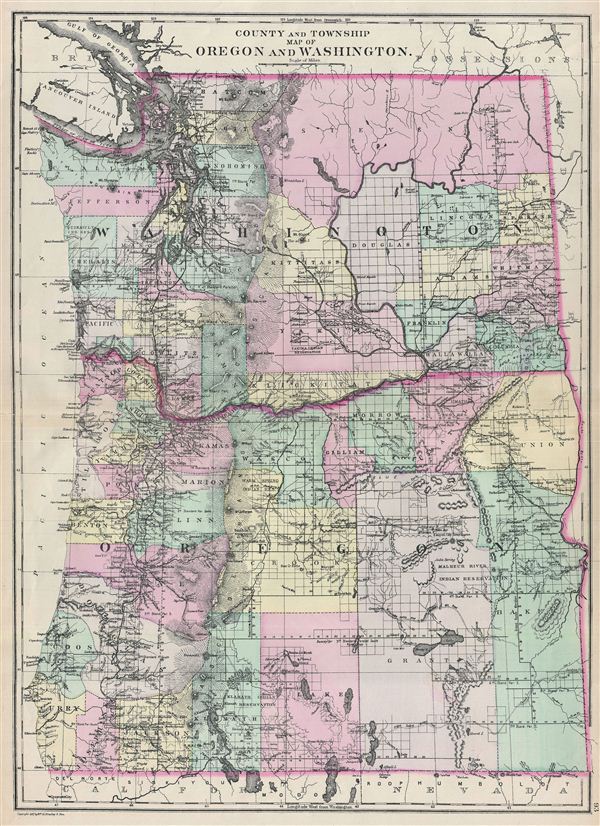 1887 Bradley Map of Oregon and Washington

A fine example of William M. Bradley's 1887 map of Washington and Oregon. The map covers both states in fine detail along with parts of neighboring California, Nevada and Idaho. The map also delineates survey grids referencing the work of the U.S. Land Survey. Also noted are various cities, towns, rivers, American Indian reservations and settlements and an assortment of additional topographical details. Map is color coded according to territorial and political boundaries with elevation rendered by hachure. Copyrighted 1887 by Wm. M. Bradley & Bro., as plate no. 93 in the 1890 edition of Mitchell's New General Atlas.