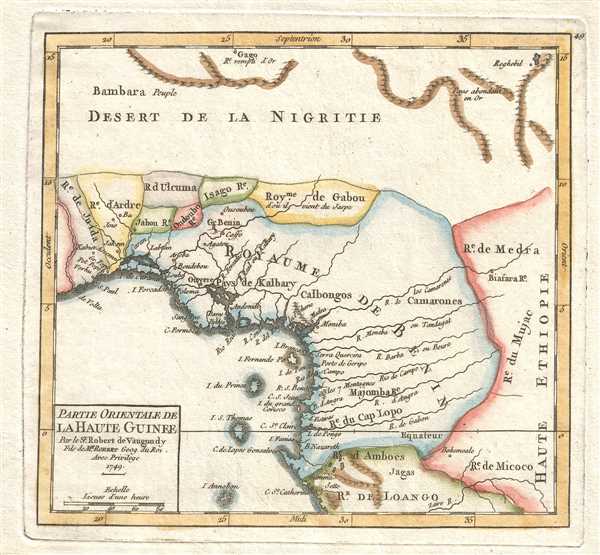 This is a hand colored 1749 Didier Robert de Vaugondy map of West Africa. The map depicts from the Royaume de Juida to Haute Ethiopie and from the Desert de la Nigritie to the Royaume de Loango, or, in modern terms, from Togo and Niger to the Central African Republic and from Niger to the Republic of the Congo and Cameroon. Numerous other kingdoms (royaumes) are illustrated. Myriad rivers are depicted, along with several towns. A handful of islands are depicted into the Gulf of Guinea.