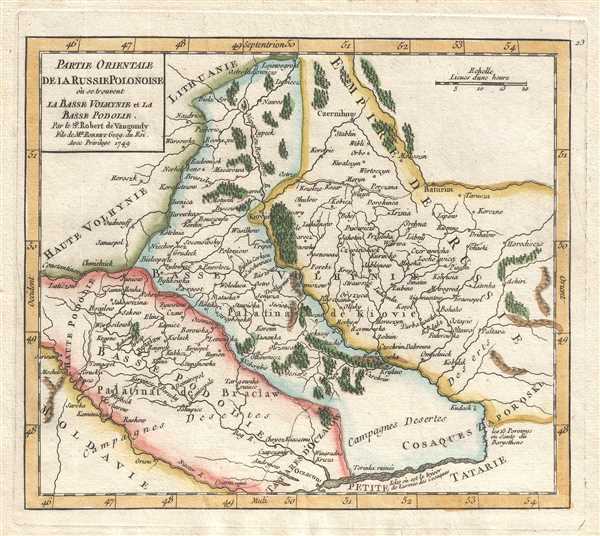 Comments on the location of the treasure held by the Cossack Army.

This is a hand colored 1749 Didier Robert de Vaugondy map of European Russia. This map depicts from Moldova ( Moldavie) and Haute Volhynie to the Russian Empire and from Lithuania (Lithuanie) and this Russian Empire to Basse Podolie. Myriad towns and villages are labeled, along with numerous unlabeled rivers, except for the Dnieper. Forests are illustrated in profile. A note along the bottom border comments that islands in the river dividing Basse Podolie from Petite Tartarie were where the treasure of the Cossak army was held. That appears to be a myth, or possibly a simple desire. Perhaps the fortune-seeker would take this comment at face value and go searching for the treasure.