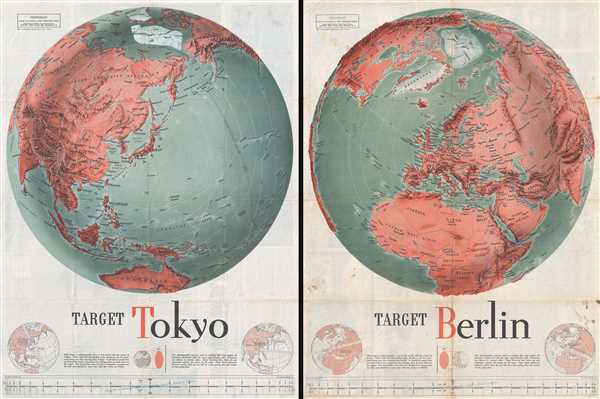 Very good. Set of two maps. Even overall toning. Target Berlin exhibits soiling and verso repairs of fold separations and to fold intersections. Both broadsides have text on verso.