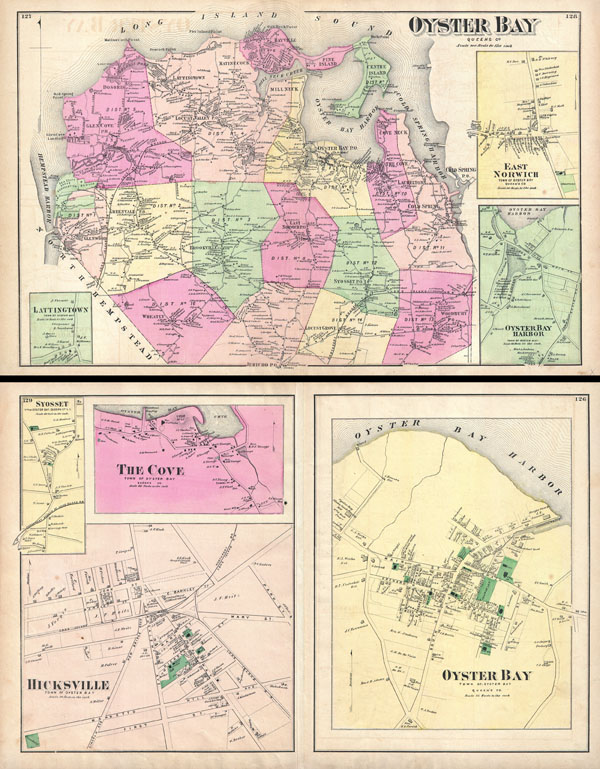 A scarce example of Fredrick W. Beers' map of the Oyster Bay, Long Island, New York. Published in 1873. Oyster Bay side of map sheet covers from Hempstead Harbor eastward as far as Cold Spring Harbor. Bounded on the north by the Long Island Sound. Extends southward as far as Jericho. Inset maps depict Lattingtown, East Norwich, and Oyster Bay Harbor. Detailed to the level of individual buildings and properties. Includes the Northport and the Glen Cove Branches of the Long Island Railroad. On the verso, sheet is divided into three town plans. These include Oyster Bay, Hicksville and The Cove. Detailed to the street and building level with notations on individual property owners. This is probably the finest atlas map of Oyster Bay, Long Island, to appear in the 19th century. Prepared by Beers, Comstock & Cline out of their office at 36 Vesey Street, New York City, for inclusion in the first published atlas of Long Island, the 1873 issue of Atlas of Long Island, New York.