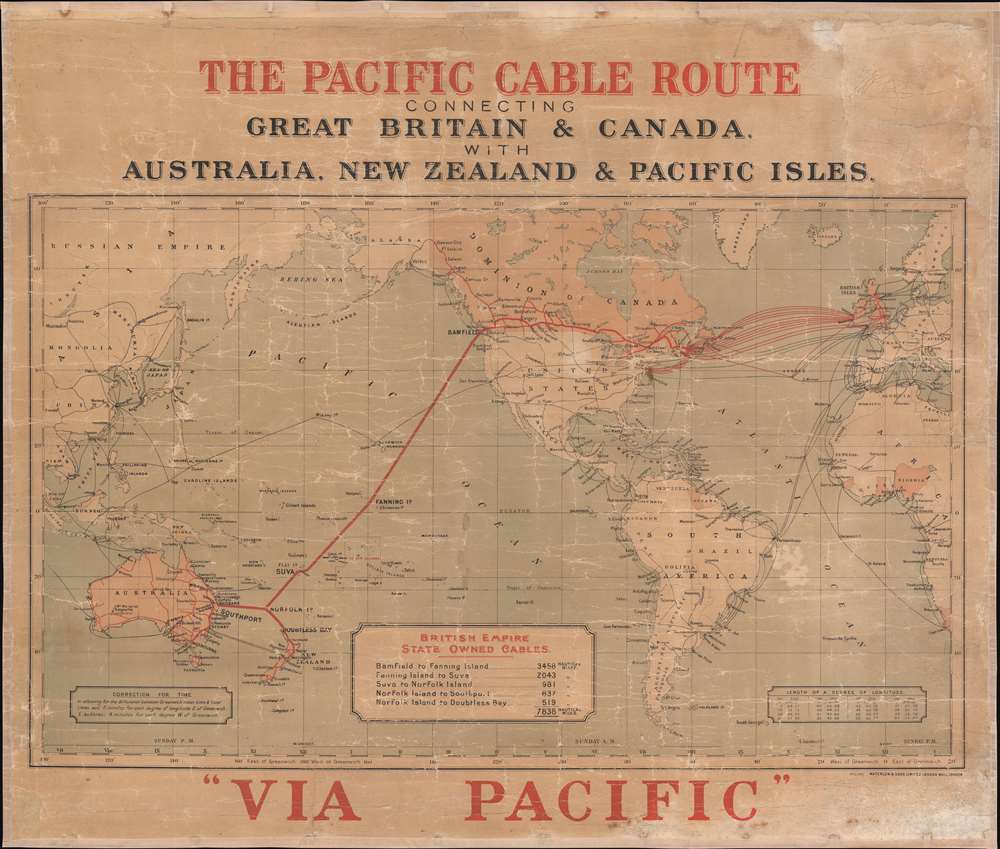 This is a c. 1911 John Waterlow and Sons map of the world highlighting British government telegraph cables. Known as the 'All Red Line', this vast telegraph network linked the entirety of the British Empire, allowing for near instant global communication with even the most remote outposts of the empire. This map was issued to celebrate the trans-Pacific cable, linking Vancouver, British Columbia, to Southport, Australia.

The All Red Line is Secure

The All Red Line was the central nervous system of the British Empire. As a rule, operating stations were situated exclusively in well defended British controlled territory. For example, when planning the trans-Pacific cable, the British knew they would need an operating station somewhere in the middle of Pacific, leading to the annexation and fortification of Fanning Island. In 1911, with war in Europe on the horizon, the Committee of Imperial Defence performed a security study of the All Red Line. They noted that to cut Britain off from its empire, forty-nine cables would need to be cut. Fifteen cables would have to be severed to isolate Canada alone, and five to cut off South Africa. Further, it was pointed out that British owned or controlled all equipment needed to cut or repair these cables. Throughout World War I (1914 - 1918), British communications operated unhindered, while the British easily severed the less robust German network.

This map was created and published by John Waterlow and Sons c. 1911. We note only a single other example, at the National Library of Australia.