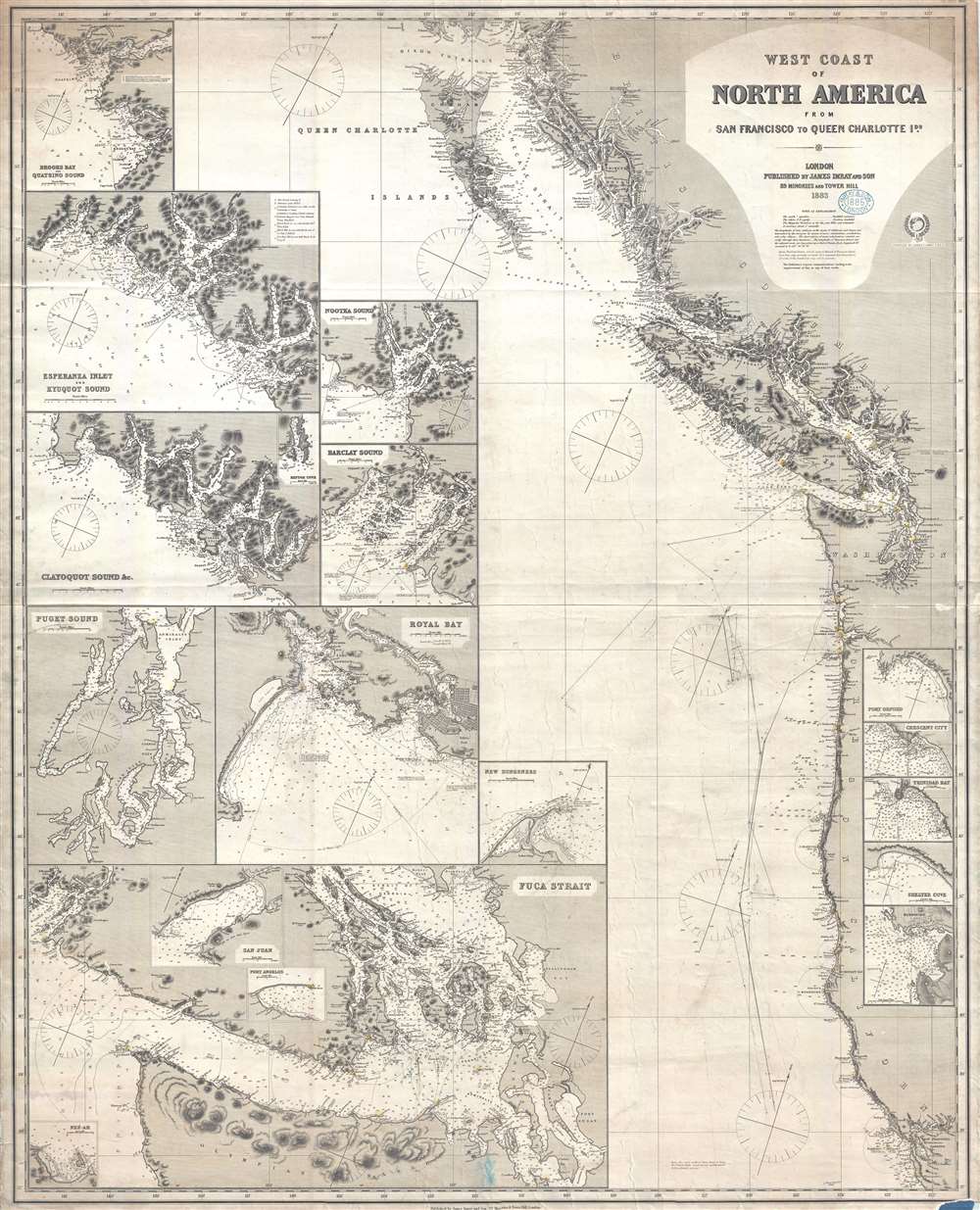 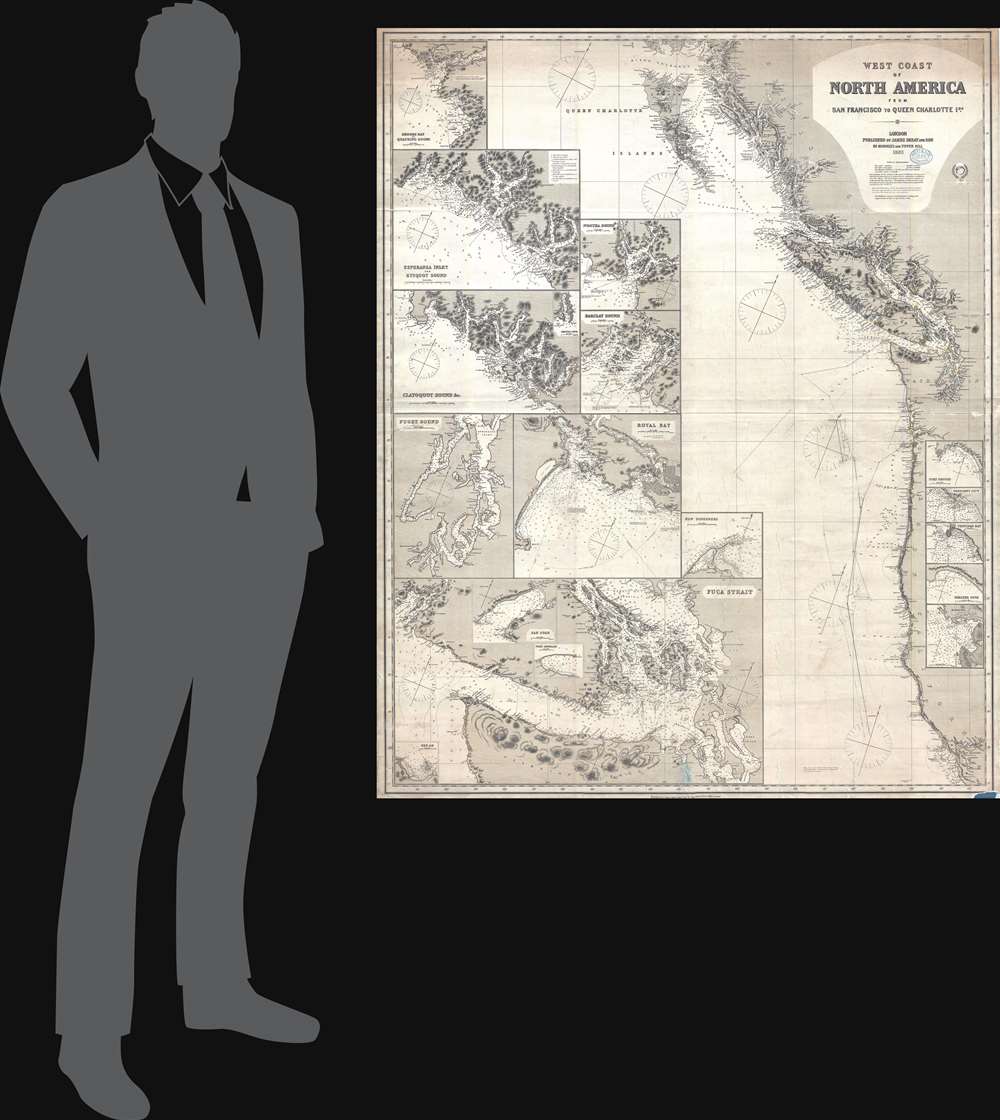 A Wealth of Insets

A Change in Branding Bluebacks

This chart is part of a series of large format nautical charts issued by James Imray and Sons in the early 1880s. The charts were part of a branding change that introduced greater consistency in style, size, and form to the mishmash that marked earlier blueback chart production. The new style focused on producing charts of a uniform size with standardized shading and mapping conventions. Without a doubt these changes were intended to make Imray nautical charts more competitive with cheaper, often more accurate, British Admiralty charts.

Blueback nautical charts began appearing in London in the late 18th century. Bluebacks, as they came to be called, were privately published large format nautical charts known for their distinctive blue paper backing. The backing, a commonly available blue manila paper traditionally used by publishers to wrap unbound pamphlets, was adopted as a practical way to reinforce the low-quality paper used by private chart publishers to cut costs. The earliest known blueback charts include a 1760 chart issued by Mount and Page and a 1787 chart issued by Robert Sayer. The tradition took off in the early 19th century, when British publishers like John Hamilton Moore, Robert Blachford, James Imray, William Heather, John William Norie, Charles Wilson, David Steel, R. H. Laurie, and John Hobbs, among others, rose to dominate the chart trade. Bluebacks became so popular that the convention was embraced by chartmakers outside of England, including Americans Edmund March Blunt and George Eldridge, as well as Scandinavian, French, German, Russian, and Spanish chartmakers. Blueback charts remained popular until the late 19th century, when government subsidized organizations like the British Admiralty Hydrographic Office and the United States Coast Survey, began issuing their own superior charts on high quality paper that did not require reinforcement.